A verdict is expected this week in the case of a man arrested in Malawi after he told a BBC reporter he had had sex with pubescent girls as part of a “cleansing” ritual.

But some Malawians are asking why only one man is on trial for a practice involving whole communities.

Eric Aniva was arrested in July on presidential orders after he admitted having unprotected sex with girls as young as 12 – and keeping quiet about his HIV-positive status.

Aniva says he was hired by the girls’ relatives to take part in a sexual initiation ceremony which they believe “shakes off” the girl’s childhood “dust” so that she can enter adulthood.

When Malawi’s president, Peter Mutharika, ordered the arrest, he wanted Aniva tried for defiling young girls, but no girls came forward to testify against him.

So instead Aniva is being tried for another ritual defined as a “harmful cultural practice” under section five of Malawi’s Gender Equality Act, in which he had sex with newly bereaved widows.

On this charge, two women have come forward to give evidence against Aniva, though one says he had sex with her before the practice was banned, and the other says she managed to escape before the sexual act took place.

“Widow cleansing is a highly regarded practice among us,” said a social worker from Nsanje, the remote south-western district where Aniva lives. 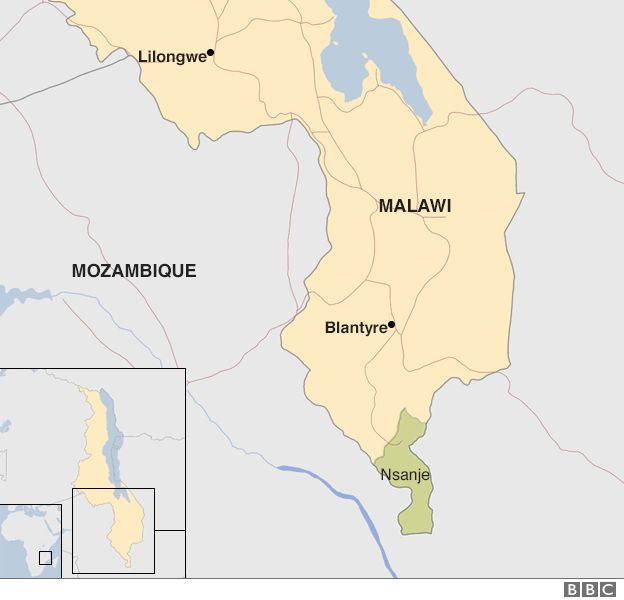 “We believe that if a widow or widower is not sexually cleansed, then bad luck, sudden death or illness will come to some, or all, of the clan. We are obliged to do this custom by our ancestors,” he added. He asked to remain anonymous, because government employees are not allowed to talk to the media without permission.

Until a few years ago, it was common practice in the district for a bereaved widow to have sex with a man three times a night for three to four nights. Often the man would be the deceased’s brother, but in some cases someone from outside the immediate family, such as Aniva, would be hired to perform the act.

If the bereaved was a man, a woman would be found to have sex with him.

The ritual was modified, however, in the light of the HIV epidemic, and these days a married couple are supposed to act as surrogates, having sex on behalf of the bereaved. As before, they utter an oath at the point of ejaculation to prevent ill fortune arising from the death.

What horrifies Malawians about Aniva, who claimed in his BBC interview to have had sex with 104 women and girls, is that he did not stop his sexual practices after finding out he was HIV-positive.

“HIV is a killer. How can someone with this status, do what he did? I think this man is the devil. Greedy and selfish. If I could judge him, I would give him a murder sentence and life imprisonment,” a pastor, Paul Mzimu, said outside Queen Elizabeth Central Hospital in Blantyre, where HIV rates on some wards reach 70%.

Kusasa fumbi – the sexual “cleansing” of pubescent girls, shortly after their first period

Kulowa kufa – the sexual “cleansing” of a widow or widower, after the death of a spouse

Fisi, or “Hyena” – A man who visits at night to take the place of the husband when a couple are having difficulty conceiving a child. In recent years the term has become more generally applied to any man carrying out a sexual ritual.

The man hired to have sex with children

A young mother, Memory Lakson was also angry, “He was HIV-positive and he has now given HIV to innocent women. He should die in jail.”

She, like many Malawians in Blantyre, the commercial capital of the country, expressed her sadness and frustration that after 15 years of HIV/Aids programmes, including campaigns specifically designed to prevent or change such rituals, they have not gone away.

“I had heard of these practices before. Some girls from Nsanje told me it was their culture, that it was not a bad thing, that it’s what they do,” she said.

“I told them it was wrong, but they said it was just what they were brought up to do.”

Sitting beside her, Mesi Salira thought others should be charged too, not only Aniva.

“The main problem lies with the culture, it is still his crime and he must not be let off, but it would be good if other members of the community were arrested, as they were also doing wrong.”

Her point was echoed by Victor Mhango, head of Malawi’s Centre for Human Rights Education, Advice and Assistance. “Why is it just Aniva in the dock?” he asked. “He was employed by the parents to have sex with their daughters. Where are the charges against the parents?” 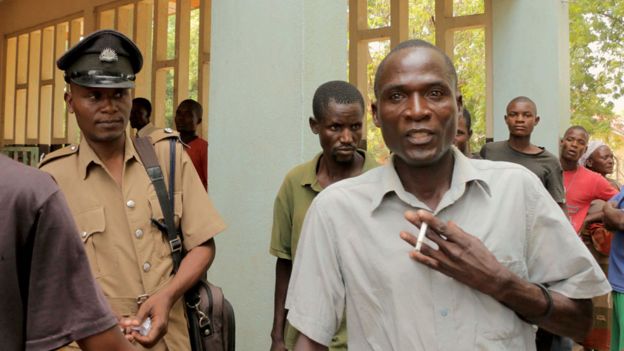 Eric Aniva outside court in Nsanje in August

Senior Chief Malemia of Nsanje, who knows Aniva and is a voice of authority in the district, insists that the “sexual cleansing” of young girls has never been practised in Nsanje. But at the same time, he said the trial was an opportunity to find out whether what Aniva told the BBC was true, and if so whether he was describing things that happened years ago, or today.

“If he really was doing what he described, we need to move to protect the girls. As a chief, all I want to know is if these practices are really going on, to find his accomplices and work with them.”

He added: “Maybe Aniva should get a suspended sentence and return as a champion against harmful practices?”

The Nsanje social worker said most people in the district were against the trial.

“It feels we’re being singled out – like it’s selective justice,” he said.

One of the many sad things about the case is that for all the local and international attention Aniva’s story has attracted, there has been no significant new effort to stop sexual “cleansing” rituals.

Could the publicity have had some effect in areas where these “harmful practices” continue?

“If anything good has come out of this case,” one woman said, “it is that some young women may now know more about their rights.”

Her tone of voice, however, suggested she was far from convinced.