An agreement has been reached between Bastie Samir and Brimah Kamoko, popularly known as Bukom Banku, for a rematch on June 30.
Bastie and Banku signed a contract on Thursday afternoon in Accra to fight at a yet-to-be-confirmed venue.
The two boxers are ready to slug it out again after their first fight in October last year. The fight drew a record attendance at the Bukom Boxing Arena with the then underdog, Bastie, teaching Banku a bitter boxing lesson.
READ:11 notorious car snatchers busted

Bastie subjected Bukom to public ridicule by handing him a humiliating defeat. Despite a slow start with Banku dominating the opening three rounds, Bastie won the bout via a seventh-round knockout.
READ: ECOWAS to get new HQ from China
It was Banku’s first loss since he turned professional and has promised to redeem himself.
”I am ready for the fight. Bastie won the first bout but I am assuring you that I will win this. I promise to give him[Bastie] a rematch if I win,” Banku said.
For Bastie, he has promised to destroy Banku for the second time but wants the fight staged outside Accra.
“I won the first fight and I will beat him again in the rematch, I will not talk plenty. My fans should be rest assured that Kamoko will go down again,”
READ: Ghanaian ‘drug dealer’ executed in Singapore
But I wish the bout takes place somewhere else and not Accra I will be fine even if it is Kumasi so that it will gain more viewers.”
Bastie, 31, has an impressive record of knocking out all his opponents in his 16 bouts while the 37-year old Banku has 29 wins and one defeat in 30 fights.

Canelo vs Plant bout to be aired on SuperSport on Sunday 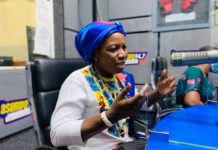 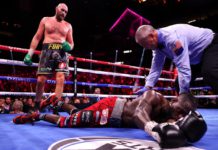