Niviane Petit Phelps, from Miami, allegedly shared the death threats with her husband who is serving time in a Tallahassee prison.

The Secret Service was alerted to the video messages in early March after they were sent over JPay, an application that allows the sharing of media between prisoners and those on the outside. Authorities became aware of the threats after they were revealed by her husband.

According to the federal complaint, the messages “generally depict Phelps complaining and speaking angrily to the camera about her hatred for President Joe Biden and Vice President Kamala Harris, among others”.

The complaint adds: “However, in these videos, Phelps also made statements about killing Vice President Harris.”

According to the Secret Service complaint, in a video sent on 13 February, 39-year-old Ms Phelps said: “Kamala Harris you are going to die. Your days are numbered already. Someone paid me $53,000 just to f*** you up and I’m gonna take the, I’m gonna do the job, okay.”

Footage from the following day shows Ms Phelps saying: “I’m going to the gun range, just for your a**, until you f****** leave the chair.” 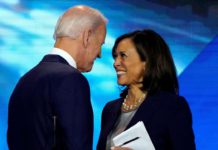 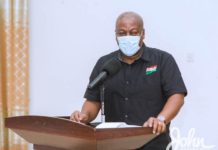