Adomonline.com
Home News Local News NSS apologises for manhandling of graduates during registration process
Facebook
WhatsApp
Twitter
Telegram
Email
Pinterest
Print
National Service Scheme (NSS) has issued an apology over the manhandling of some graduates at its headquarters, after a video of the incident popped up on social media.
In a press release on Tuesday, July 25, the Acting Chief Executive of the NSS, Ussif Mustapha, said the incident was regrettable.
The NSS, he said, “wishes to apologise to all such national service personnel and the general public for the recorded incidents of congestion which led to the manhandling”.
Fresh graduates seeking to register for a year of national service were brutalised by soldiers amid a chaotic registration process.
The videos of the incident were posted on social media and they show a soldier with a stick chasing down a graduate and subsequently hitting him several times in a bid to maintain order.
The apology by the NSS also revealed there are plans streamline the registration process to ease the congestion.
The statement appealed to potential personnel “to remain calm and go through the registration process smoothly”.
Read full statement 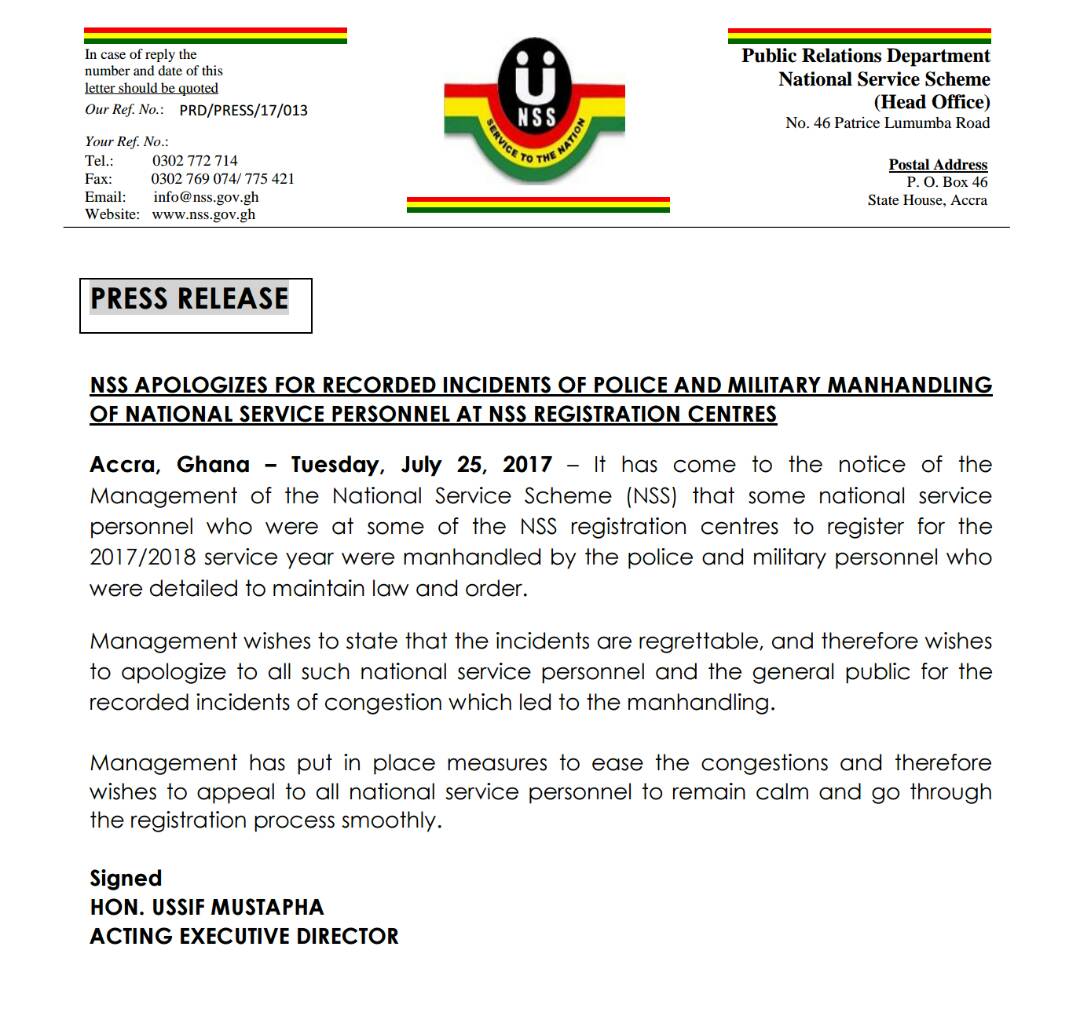