Singer Adina has rained praises on Blessing Alovor, a contestant in the ongoing Adom TV children’s reality show, dubbed Nsoromma, for her exceptional display in performing her song, Killing Softly.

Blessing gave off a spectacular performance that thrilled fans who thronged the Providence Events Centre on Sunday for the most-talked-about children’s reality show and the Killing Me Softly composer has since taken to her Instagram handle to praise her.

The post which can also be found on Adom TV’s Instagram page, Adina applauded Blessing, saying “She really spoil der though… love ittt!!!”. 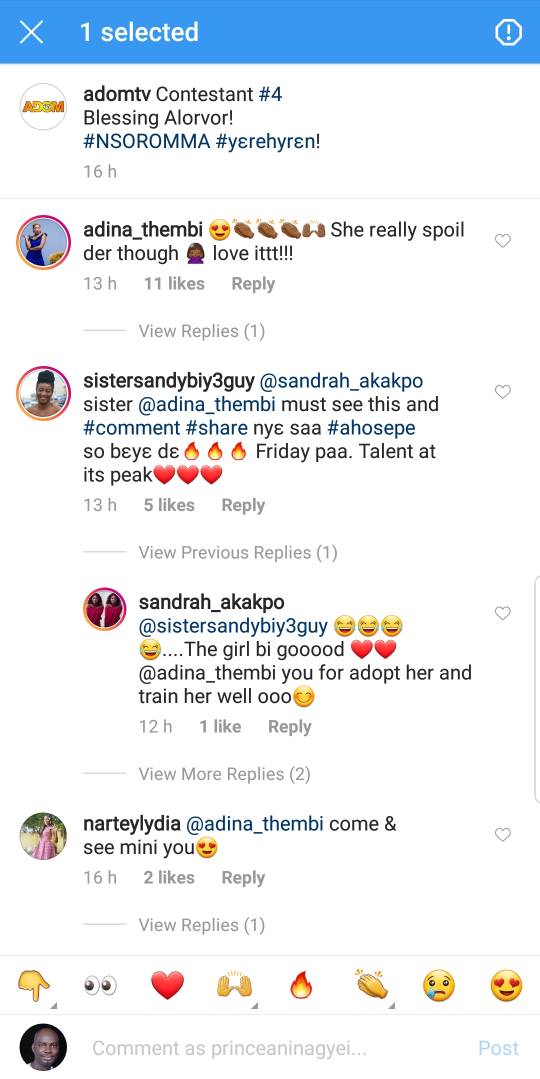 The maiden edition of Adom Nsoromma reality show started at the Providence Events Center at the International Trade Fair in La, Accra to some outstanding performances from the first-10 contestants.

The centre came alive as patrons were treated to some amazing performances from the contestants who performed highlife genre songs from renowned musicians such as Akwaboah, Adina, Daddy Lumba, Pat Thomas, Joe Mettle among others.

The show will continue on Sunday as the next set of 10 contestants pitch their weights against each other in what is set to be an explosive encounter.

Watch Adina in her “Killing Me Song” music video featuring Kuami Eugene below: