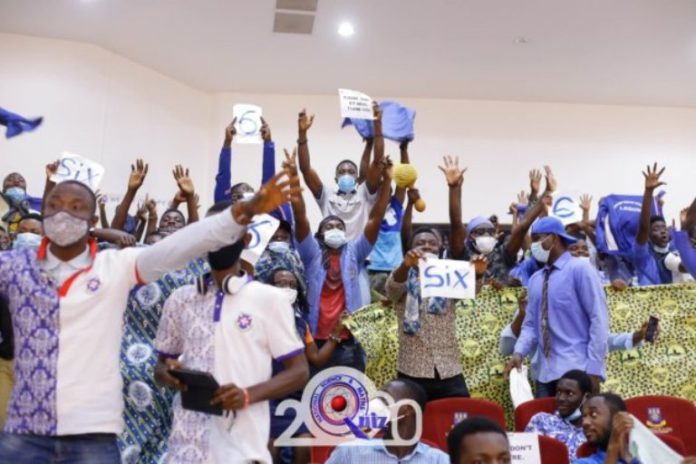 After 11 good years and making it to two finals, Presec – Legon has won the 2020 National Science and Maths Quiz (NSMQ).

Liverpool had Sadio Mane, Mohammed Salah and Virgil van Dijk to make their dream a reality and Presec made sure to bring their semblance to the 2020 NSMQ finals.

Although they won the competition, it was a super tough five rounds for all the schools.

At the end of Round One they were scrambling to come up with points. Presec – Legon finished with 14 points while Opoku Ware and Adisadel trailed behind with nine and seven respectively.

Round two had not eased up on them at all. The schools had both missed the first three questions but Presec came through leading with 18 points.

Problem of the Day saved their day when Presec finished with 9 points bringing their total to 23 points.

Opoku Ware had 14 points while Adisadel finished with 15 after snagging eight out 10 points.

The true or False round had Presec substituting their Van Dijk, Benjamin, for their defender and super-sub Isaac.

Isaac, who is known for getting a perfect score in the round, got all but two questions he buzzed in to answer correctly, bringing their total to 33.

The boys put a five-point margin between themselves and Adisadel who had 28 points. Opoku Ware was left with 18 points.

Isaac was not done! He was only getting started for Round Five. The Round like all others also proved difficult but he answered the first riddle right on the third clue getting for his school three points.

Adisadel, that had 31 points, was not willing to give Presec the win after they pressed their buzzer while the quiz mistress was reading the first clue for the last riddle.

Getting it right would give the school five points, however, for answering Coriolis effect Mbebo failed to win the five marks for Adisadel College leaving Presec as the ultimate winner.

By the end of the competition, Presec had a total of 36 points and their close competitors Adisadel had 31 points. OWASS scored 21 points.

This year’s competition has been a thrilling experience even in the face of Covid-19 as the schools brought wit, intellect and class.