The Executives of the New Patriotic Party in the Mampong Constituency in the Ashanti region wants President Akufo-Addo to sack their Municipal Chief Executive, Thomas Appiah-Kubi.

In a 15-point petition to the President, the executives and patrons of the party cited various instances where the MCE has acted in a manner that is not in the interest of the government and the party.

According to the petition, there is a lack of consultation on issues between the MCE and the party, adding that he has consistently shown he is interested in his own gains at the expense of residents and the party.

Below are the details of the petition: 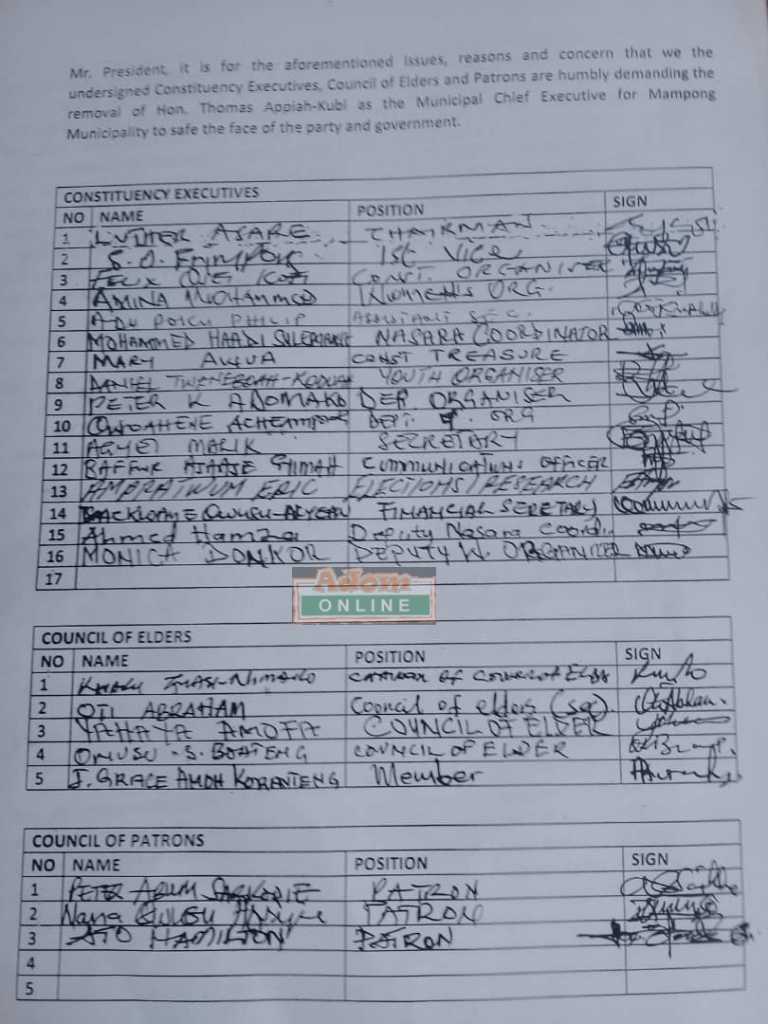 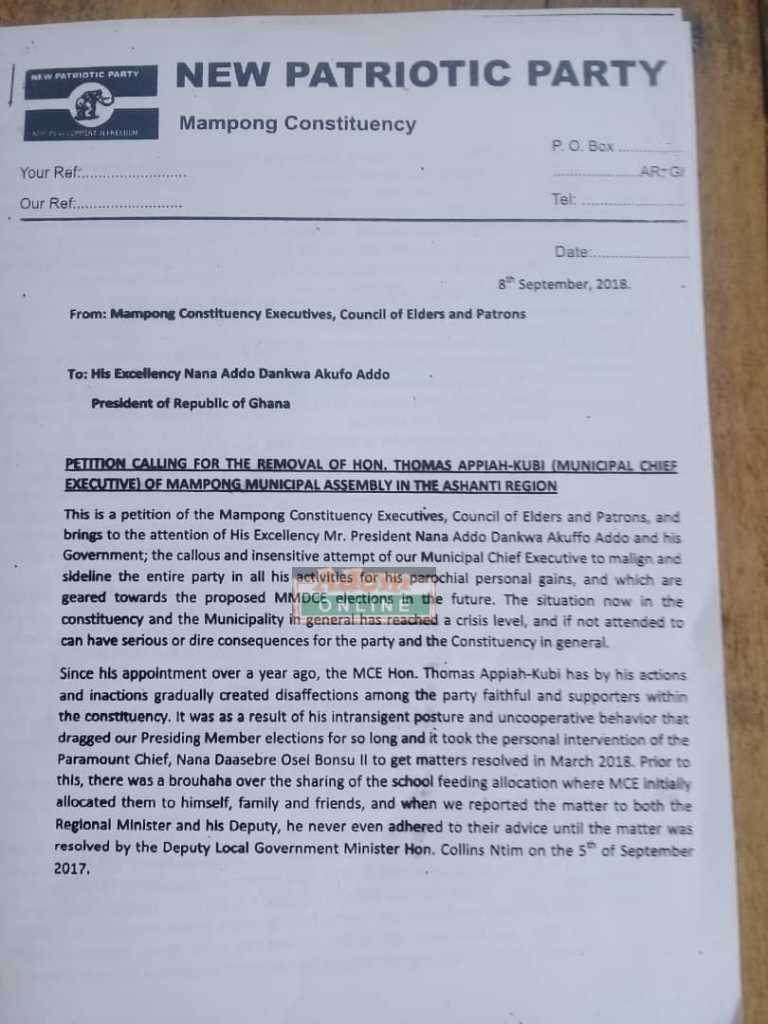 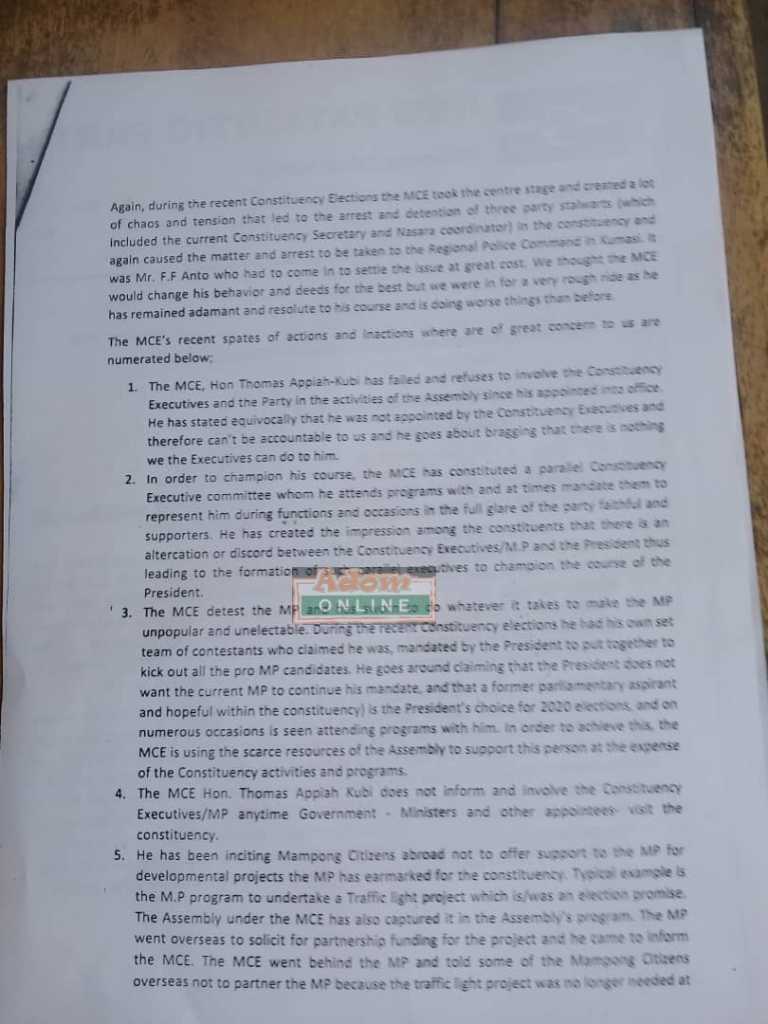 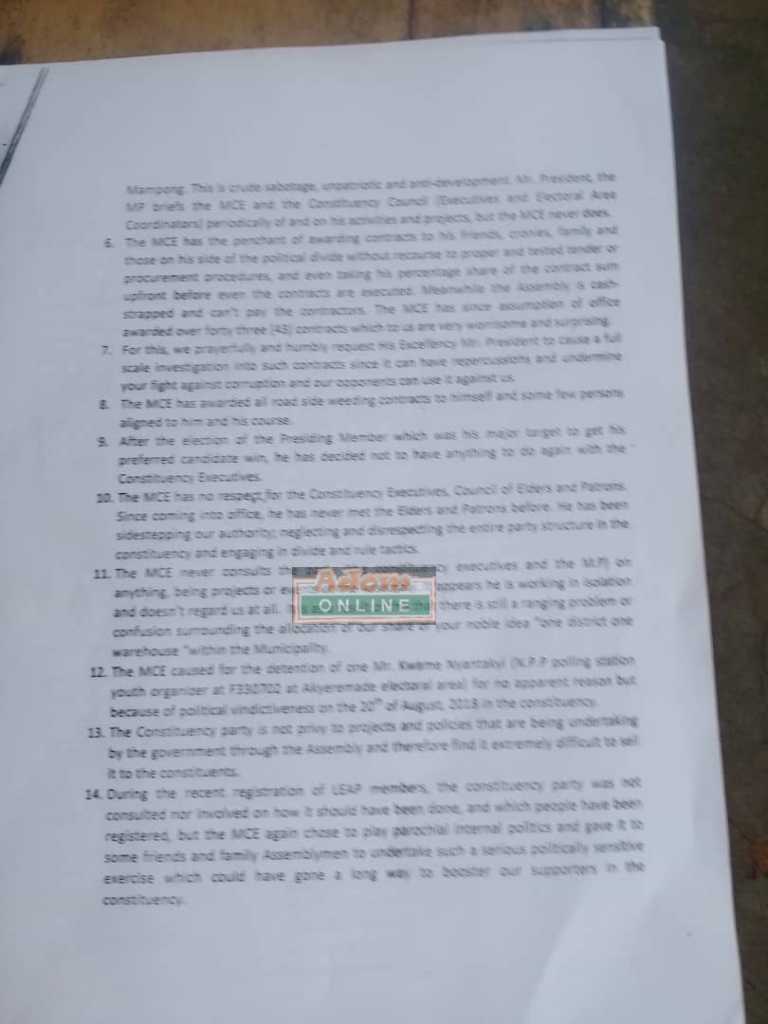