The candidate in the race to become National Chair of the New Patriotic Party but retreated last week, has thrown his weight behind acting Chair, Freddie Blay.

Alhaji Abubakari Abdul Rahman, popularly known as Alhaji Short, says his decision to support the acting chairman was based on the overwhelming sentiment on the ground that the current leadership of the governing party should be maintained going into the 2020 elections.

This means Mr. Blay will now have to contend with the experienced Steven Ntim, who is contesting the position for a fourth time.

But in a statement assigning reasons why he beat a retreat to support Blay, Alhaji Short, who is the immediate past Upper West Regional Chairman of the NPP, pleaded with his supporters to take his decision to step down from the race “lightly” stressing, that is in “greater interest of the NPP”.

WHY ALHAJI SHORT HAS STEPPED DOWN Myself and my campaign, the Alhaji Short campaign Team have been up and down the constituencies across the country, interacting with members and supporters of the New Patriotic Party, mainly constituency officers and polling station executives.

The NPP rank and file are happy with my message and my campaign style. My message is principally about strengthening the relationship between Party and Government, Party and Community, and empowering the Party to support Government in delivering on its agenda for the country, so that the people will continue to invest their votes in the NPP and the NPP will continue to use and reap positively the benefits of power now and beyond 2020.  The NPP rank and file appreciate my contribution and value to the common cause and that has been most inspiring to me.  However, the overwhelming sentiment on the ground is that the national leadership that steered the party throughout the very difficult times of 2014 and 2015, and led us to victory, must, as much as possible, be maintained.

The message that greets us wherever we go is “Still Maintain”. It is not a protest vote against Alhaji Short or any other candidate. It is a vote of confidence in those who led us to victory, including incidentally, myself.  So for this reason and being myself a strong regional chairman during those testing times, I have listened to the overwhelming voice of the Party and have decided to step down.  I do so, throwing my weight behind the “Still Maintain” mantra of the grassroots.  It is for that reason and that reason alone that I have decided to step aside from contesting to be the National Chairman of the New Patriotic Party for 2018. I know and believe that the interest of the Party is far more important than my personal ambition.

The NPP is a party that respects and rewards loyalty and service. Chairman Short will continue to give his optimal best to the Party.  As a knowledgeable, experienced, loyal and respectable leading member of the Party, I intend to focus more in helping the Party consolidate the gains it made in 2016, in every capacity that I can.  I will only plead with my supporters that I do not make this decision to step down lightly but I do so for the greater interest of the NPP. I, therefore, plead for your understanding, support and blessing.

Alhaji Short is a man for harmony, unity, loyalty and proven action. I do not want a situation which will see a conflict between party leadership and government.  I do not want a situation, like we witnessed in the recent past, where conflict at the national leadership level affected the image, harmony and operations of the Party.  I am fully prepared to sacrifice for that. I see my decision to listen to the calls of the Party as the necessary way to go and am, therefore, very happy to go along with it. 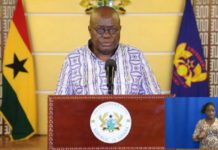 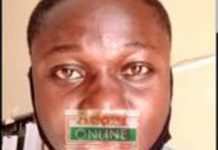 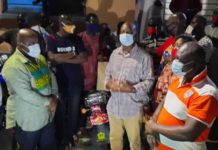