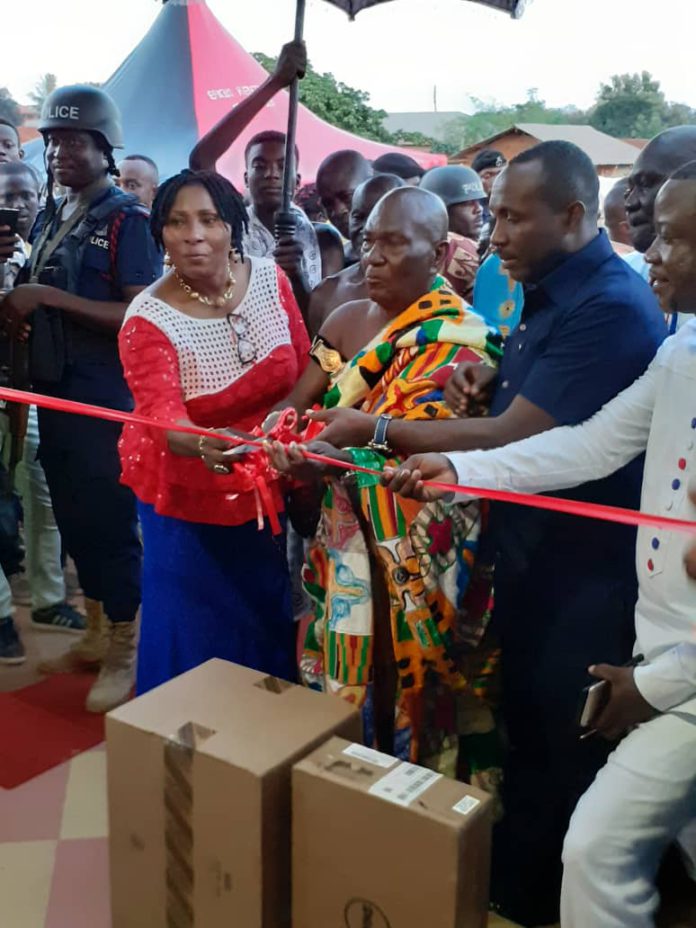 The General Secretary of the NPP, John Boadu, on Sunday commissioned a party office at Busunya, the capital of the Nkoranza North constituency to be used as the constituency’s party office.

The office was built and donated to the party by the Constituency Chairman, Emmanuel Amofah Asafo-Adjei, with support from the General Secretary and one, Jacqueline Boatema Bonsu, a constituency patron.

In his remarks at a short ceremony to officially outdoor the office complex, which was witnessed by the chiefs and people of Nkoranza North, John Boadu commended the constituency chairman who doubles as the main financier of the project for the initiative and called on other members of the party to emulate this feat.

The NPP chief scribe also thanked the paramount chief of the area, Nana Okofo Gyaabah II and his subjects for their agelong loyalty and support to the electoral fortunes of the NPP.

John Boadu charged the constituency officers and all persons that will be responsible for the upkeep of the office to rise to the occasion and make the best use of the office complex to derive maximum benefits.

To this end, he donated computers and other accessories to the constituency office and also supported them with an undisclosed amount of money.

In another development, the NPP General Secretary, John Boadu, used the occasion to officially handover a brand new pickup to each of the six newly created regions of the country comprising Ahafo, North East, Oti, Western North, Savanna and Bono East Regions, through the respective regional chairmen or their representatives to support their operational activities for a start with the assurance that more resources shall come in due course.

Mr John Boadu also indicated that the national party will soon make available more resources including vehicles to, not only the regions but also, to all the 275 constituencies to make them more effective for the upcoming 2020 electioneering campaign.

He said the party leadership will stop at nothing in their quest to empowering party grassroots and strengthening party structures for victory 2020.