The Minister of Energy, Boakye Agyarko has assured Ghanaians that there will be no power interruptions during the Christmas season.
According to Mr Agyarko, there is enough power to sustain the whole country during the yuletide and into next year.
Mr Agyarko revealed this during the inauguration of the Electricity Market Oversight Panel (EMOP) at the Minister’s Conference room.
The 11 member panels are drawn from Energy Commission, Public Utilities Regulatory Commission (PURC), Ghana Grid Company Limited (GRIDCO), Distribution licenses, Bulk customers, wholesale suppliers, one person responsible for the administration of the Electricity Market Oversight Panel and one person with knowledge and experience in matters relevant to the wholesale electricity market.
The Energy Minister said, “a well-thought electricity market structure with a corresponding division of roles and responsibilities between entities is key to ensuring orderly and structure growth of the power sector, based on sound, efficient and competitive principles.”
“The Electricity Regulation 2008 (L.I. 1937) which defines a unique Wholesale Electricity Market (WEM) for Ghana has been in existence for over 9 years now. The WEM structure is unique because it provides for a bilateral market which is intended to give sanctity to bilateral contracts contrary to what pertains now and also a spot market in which the comparatively cheaper legacy hydro and other available but not for contract source of electricity will be sold at the system marginal cost” he added.
He continued that the lack of synergy between sector institutions to operationalize a structured WEM as per L.I.1937 has contributed to some of the nagging issues in the sector especially the issue relating to the pricing of the legal hydro. Governance of the WEM has, therefore, become critical.
The Electricity Market Rules, which is the main governing document of the WEM is to be administered by the Transition Utility (GRIDCo). The L.I1937 provides for the establishment of the Electricity Market Oversight panel (EMOP) as an oversight body to supervise the administration and operation of the WEM by the Transition Utility and advise the Energy Commission accordingly.
He tasked the EMOP to prioritize the optimization of the fast depleting hydro resources of the country and to ensure the finalization of the various manuals and other governance documents of the WEM and work hard to restore confidence in the power sector of Ghana to attract the need investment. 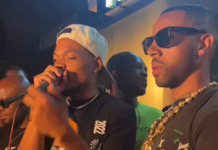