The Kaduna State government has provided what appears a palliative ‎for the 22,000 teachers who failed the competency test conducted.
Premium Times reported how about two-thirds of primary school teachers in Kaduna failed to score up to 75 per cent when the test, made up of primary four questions, was set for them.
The state governor, Nasir El-Rufai, called for the sack of the 22,000 teacher‎s, saying they are not qualified.

On Sunday, however, ‎the Kaduna State Universal Basic Education Board, SUBEB, explained that such teachers can ask for their answer sheets to be re-graded.
The SUBEB chairman, Nasiru Umar, also said the affected teachers who have spent more than five years in the public ser‎vice will be allowed to retire while those who have spent less than five years will be sacked.
All the affected teachers can also reapply when as the government is set to recruit 25,000 qualified teachers.
Mr. Umar, at a press conference in Kaduna, also released names of about 11,220 primary school teachers who passed the competency test conducted to equip all schools with competent and qualified teachers.
He urged any teacher who failed the primary four test to approach the committee set up to look into cases of those who are not satisfied with their results. He said the committee can grade such complainants answer paper again.
Earlier, the state government had announced that of the 33,000 primary school teachers that sat for the primary four examination, about 21,780 failed the test.
Those who failed are expected to be laid off while 25,000 new, qualified teachers are recruited as replacement.
The notice of new recruitment showed that applicants must have relevant educational certificates including the one from the Teachers Registration Council of Nigeria.
The SUBEB boss explained that the exercise has no political undertone. He said those who failed the test can apply and undergo the recruitment process.
Mr. Umar advised people not to bring politics into the ongoing educational reform; adding that government’s concern is to revive education especially in the rural communities.
According to the SUBEB boss: “33,000 primary school teachers sat for the competency tests agreed upon by all stakeholders including Nigerian Union of teachers (NUT). 21,780 scored below 75 percent. We conducted the test because we went round and discovered that the schools were in bad shape. Some teachers cannot even speak English.”
“We started training them, but we discovered that no amount of training will improve them.
“We release the names of those who scored 75 and above. Three months notice will be given to those who failed the competency test for disengamant. All teachers including the ones who failed the test should go back to duty tomorrow Monday and wait further directives.
“Those who are above 5years will be retired but those below 5 years will be disengaged. Those who failed can still apply in the ongoing fresh recruitment.”
“We should not bring politics into education. We presented the results to the committee involving the NUT,Teachers council of Nigeria among others. The NUT wanted the pass mark to be 60. All the stakeholders including NUT, Teachers Council of Nigeria were involved in the competency test”
Mr. Umar also spoke on how the test for the teachers was conducted.
“We agreed that only 40 teachers in a class during the exams. After exams we invited those who marked NECO and WAEC to mark the test and it was a conference hall marking. Nobody was allowed to go home with the scripts.
“After that, we brought in Kaduna State University professionals, we also brought in a foreign organisation and they analysed the tests.”
“Those who have complaints, there is a committee I set up to look into complaints. We have all the test scripts and we can go through their scripts again.This has nothing to do with politics and witch hunting. No more sharing of appointments of teachers among the officials. This time around,government is determined to employ competent teachers as part of efforts to revive education in Kaduna State. We have so far received over 13,000 applications at the SUBEB headquarters.
“Some applicants submitted their applications at the local government headquarters for the recruitment of new teachers,” Mr. Umar added. 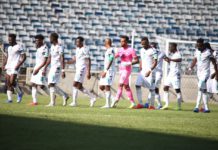 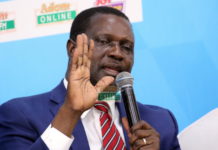