The speaker of Nigeria’s northern state of Kano has said that the public will be consulted on a bill that aims to ban poor men from marrying more than one wife.

Alhassan Rurum told BBC Hausa that Muslim religious leaders and scholars will also be consulted on defining who can be considered to be poor.

The controversial proposal was made by Muhammad Sanusi II, the Emir of Kano, to ensure that men have families that they are able to take care of. 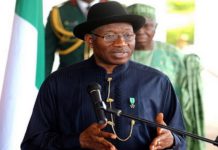