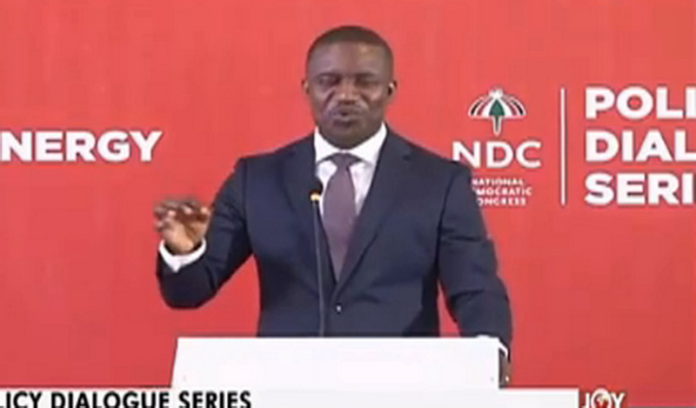 The opposition National Democratic Congress (NDC) has challenged claims by Vice President, Dr Mahamudu Bawumia that it is the only government which has  reduced electricity tariffs in the fourth Republic.

Addressing participants at the government’s 2020 Town Hall meeting in Kumasi, on Tuesday, Dr Bawumia said although there was a rise in electricity prices by 11.7% in 2019, the average for both years still showed a significant reduction in the cost of electricity.

But the NDC pooh-poohed the claims of the Vice President claiming that, the erstwhile Mahama government reduced electricity tariffs by 20 percent.

Speaking at the party’s Energy Forum in Accra, former deputy Energy Minister, John Jinapor expressed shock at the penchant of the New Patriotic Party government to claim credit due the NDC.

“It is not true that people are paying less for power now than they did under the NDC administration because the figures on the reckoner prove otherwise,” he argued.

Mr Jinapor said the claim of reduction was not the true reflection on the grounds since many were still paying more for electricity.