Nato Secretary General Jens Stoltenberg has warned US President-elect Donald Trump that “going it alone” is not an option for Europe or the United States.

He said the West faced its greatest security challenge in a generation.

He suggested that the US would think twice about coming to the aid of any Nato ally under attack if it had not paid its dues.

Writing in Britain’s Observer newspaper, Mr Stoltenberg conceded that Mr Trump had a point about the need for some members to make a bigger financial contribution, as the US currently accounted for almost 70% of Nato spending.

But he added that American leaders had always recognised that they had a profound strategic interest in a stable and secure Europe.

“It is all too easy to take the freedoms, security and prosperity we enjoy for granted. In these uncertain times we need strong American leadership, and we need Europeans to shoulder their fair share of the burden,” the former Norwegian prime minister wrote.

“But above all we need to recognise the value of the partnership between Europe and America. It remains indispensable.

“Going it alone is not an option, either for Europe or for the United States. We face the greatest challenges to our security in a generation. This is no time to question the value of the partnership between Europe and the United States.” 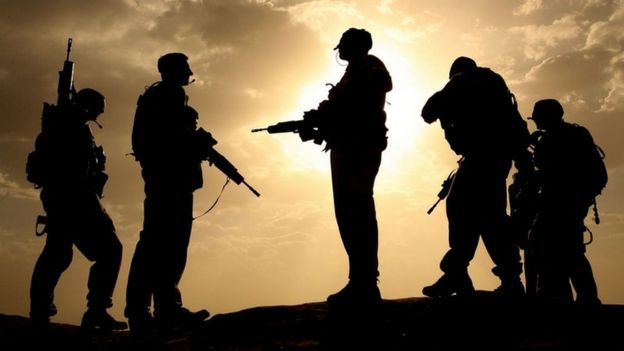 The 9/11 attack on the US, Mr Stoltenberg pointed out, was the only time that Nato had invoked its self-defence clause, which requires all members to come to the aid of one that is attacked.

“This was more than just a symbol. Nato went on to take charge of the operation in Afghanistan. Hundreds of thousands of European soldiers have served in Afghanistan since.

“And more than 1,000 have paid the ultimate price in an operation that is a direct response to an attack against the United States.”

The BBC’s Paul Adams in Washington says that what some at the time saw as the musings of a candidate not expected to win are now been seen as posing an almost existential threat to the alliance.

On Friday a spokesman for President Putin said that Mr Trump could help build confidence with Russia by persuading Nato to withdraw its forces from Russia’s borders.

Meanwhile, Hillary Clinton has blamed her defeat in the US presidential election on interventions by the FBI director.

James Comey’s announcement of a new inquiry into her use of email while secretary of state shortly before election day had stopped her campaign’s momentum, Mrs Clinton said. 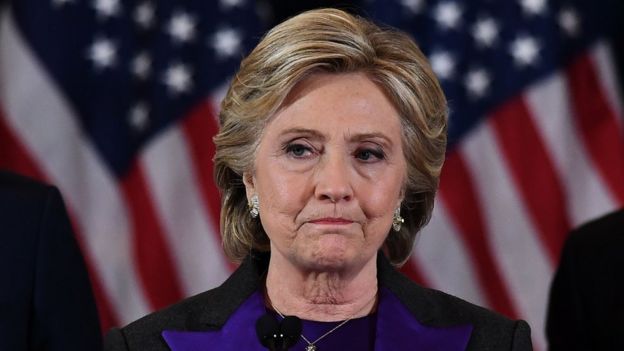 Image captionHillary Clinton has been keeping a low profile

The Democratic candidate was speaking to top party donors in a phone call, which was leaked to the media.

Clinton FBI probe: What we know

Comey – both hero and villain (again)

Protests are continuing against the victory of her rival Mr Trump.

In New York, about 2,000 marchers headed for the skyscraper where the president-elect lives, shouting “not my president”.

Anti-Trump activists have held daily protests in US cities since his election victory was confirmed on Wednesday.

Mr Trump seems to be rowing back on some of his campaign pledges. Having promised to scrap President Barack Obama’s healthcare law dubbed “Obamacare”, he now says he is open to leaving intact key parts of the act.

Asked by the Wall Street Journal whether he would implement a promise to appoint a special prosecutor to investigate Mrs Clinton’s use of a private email server while secretary of state, he listed healthcare, jobs, border control and tax reform as greater priorities.

The Republican is due to be sworn in on 20 January, taking over from Mr Obama, who will have completed two terms in office.