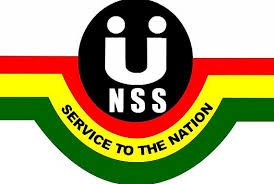 The Ministry of Gender, Children and Social Protection is to engage 100 National Service Personnel to monitor care homes to ensure compliance of regulations.

Mrs. Cynthia Morrison, Sector Minister, said the Ministry would be meeting management of all care homes and orphanages, as well as engaging the Attorney Generals Department to “close down or take over” those that did not meet the requirements or flout the laws.

She made this known when she engaged the media during a three day National Validation Meeting to review the Children’s Act, 2016 (ACT 937), Juvenile Justice Act and related Laws.

The Minister said through social workers had been monitoring care homes and “doing very well”, their efforts would be supported by National Service personnel to ensure greater protection for children and the vulnerable.

She said child exploitation in the lake regions was “not as bad as before” because some fishermen had taken up taskforce roles and were supporting social workers to arrest child traffickers.

Mrs. Morrison noted that some children had taken up the fishing trade and not in school and called for concerted efforts to ensure all children of school-going age get enrolled in schools.

She said the Ministry would be working more closely with stakeholders to improve the welfare of the Ghanaian child.

“The Ghanaian child must be made to know that he or she belongs to the world. The children will replace us tomorrow and must be given the best in life”.

The review meeting will fine-tune the Children’s Act to align it to the Hague Convention on inter-country adoption, with UNICEF and Global Affairs Canada supporting the consultative process on a new draft bill.

Consultations are also ongoing at the national, regional and district levels with stakeholders, including lawyers, judges, social welfare officers, and the media.

Miss Hilda Mensah, a Child Protection Specialist with UNICEF, said the full protection of children required laws that documented their vulnerability and provided mechanisms that would shield them from violence, abuse and injustices.

She said strong institutions would also be required to ensure that children and adolescents did not suffer same treatment as adults.

Miss Mensah said despite efforts by government towards the protection of children’s rights, the nation still recorded one of the highest rates of child abuse with about 20 percent of children still engaged in hazardous and exploitative labour, whiles an estimated 30,000 children; the majority being girls entered into early marriages annually and dropped out of school.

Eto’o – I used to hide playing football from my parents

My legal practice boomed after contesting for GFA presidential race –...