The husband of US House of Representatives Speaker Nancy Pelosi has been arrested on suspicion of drink-driving in California.

Paul Pelosi was held after his Porsche was involved in a collision with another vehicle in Napa County on Saturday night.

No one was injured and the other driver was not arrested.

Eighty-two-year-old Mr Pelosi was charged with two misdemeanours and had his bail set at $5,000.

He is not listed as being currently in custody.

The California Highway Patrol said Mr Pelosi had been attempting to cross State Route-29 when his car was struck by a 48-year-old man driving a Jeep.

California law states drivers cannot operate a vehicle if their blood alcohol level is more than 0.08%. Authorities have not said what Mr Pelosi’s level was.

Mrs Pelosi was delivering an address at Brown University when the incident happened.

Her spokesman released a statement saying she would not be commenting on the “private matter”.

Paul Pelosi has not yet commented on his arrest. 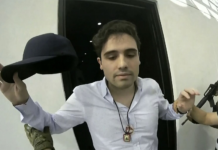