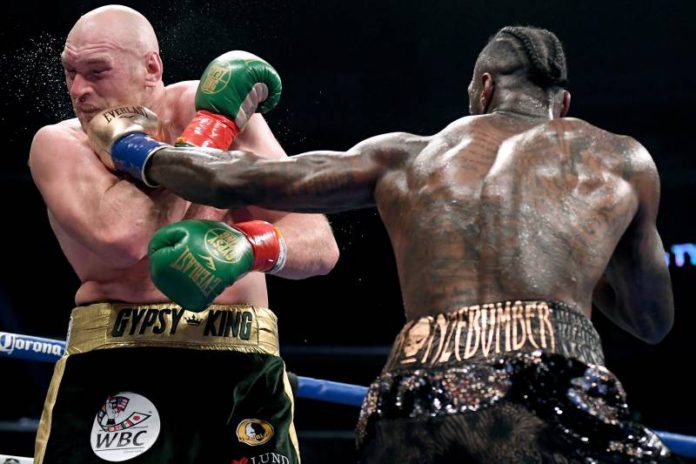 Deontay Wilder has vowed to surpass his “idol” Muhammad Ali by knocking out Tyson Fury to land another defence of the world heavyweight title.

The 34-year-old American looked focused on a chaotic Tuesday in Las Vegas, where Fury arrived on an open-top Ferrari for a grand welcome ceremony attended by hundreds of fans.

The Briton, 31, continued to promise a knockout in Saturday’s rematch, while his rival eyed moving beyond legend Ali’s mark of 10 consecutive defences of the heavyweight title.

“It will be an amazing feeling, my 11th consecutive defence,” said Wilder.

Speaking to the 5 Live Boxing with Costello & Bunce podcast, he added: “It was a basic plan for me to get into boxing, become a journeyman and make a few dollars for my daughter.

“I never thought about being heavyweight champion of the world and being tied with my idol Ali.

“Once I’ve beaten Fury with a devastating knockout, I will go on even further to break the record and do more amazing things.”

What does the novel coronavirus have to do with snakes?

‘I’m a guy that had erectile dysfunction, and this is what...

Covid 19: How a ‘slay queen’ was subjected to severe beatings...

The magic coconut and COVID-19