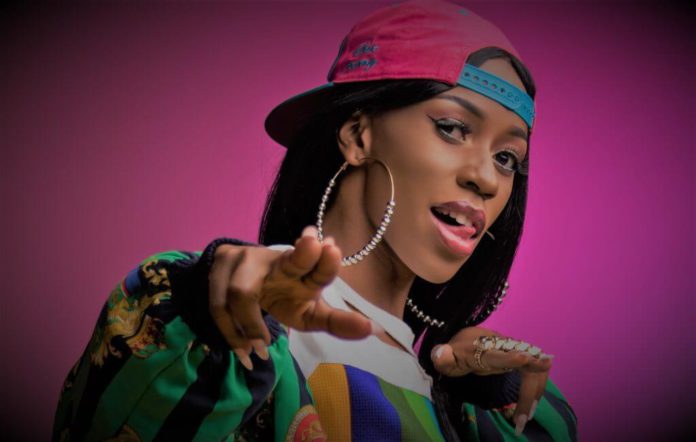 Ugandan singer, Vinka, delivered a brutal double-kick at a male fan who touched her private part as she performs on stage in South Sudan.

The singer and mother of one, whose real name is Veronica Luggya, was performing at a show when a male fan stretched his hands and touched her private part.

Without wasting much time, the visibly annoyed singer angrily delivered a brutal double-kick at the fan before security on stage pulled her away and she continued with her performance.