The body of a Burkinabe driver who was shot and killed by suspected robbers in a village on the Tamale- Bolgatanga highway has been laid to rest in Walewale.

His remains was handed over to the Mossi chief in Walewale who led the private burial on Saturday.

The deceased identified as 33-year-old Osman from Putiga, a village in Burkina Faso, was travelling back home from Tema when he was attacked and shot by a group of hooded gunmen at  Kukua village in the West Mamprusi municipality

The conductor [mate] of the deceased has been so traumatised that he was unable to drive the vehicle and a new driver had to come from Burkina Faso to continue with the journey.

Speaking to JoyNews, Issahaka narrated that his late master was shot after he attempted to flee when the robbers stopped them.

“I am very sad and I have been having nightmares since this incident. Anytime I close my eyes, I see my master.”

A special Muslim prayer was organised for the soul of murdered driver by the Mossi community in Walewale together with some family heads and other close relatives of the deceased who arrived from the neighbouring country.

The Mossi chief expressed concern over the increasing spate of robbery attacks in the area.

According to him, plans were underway for an emergency meeting by the traditional authorities to draw government’s attention to the growing menace.

Robbery attacks across the Region have been on the rise since the beginning of this year.

According to the Police, there have more than 10 reported crimes since January leading to about five deaths and several injuries.

One shot in mobile money robbery attack at Walewale [Video] 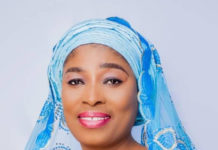 One arrested over killing of female teacher in Walewale