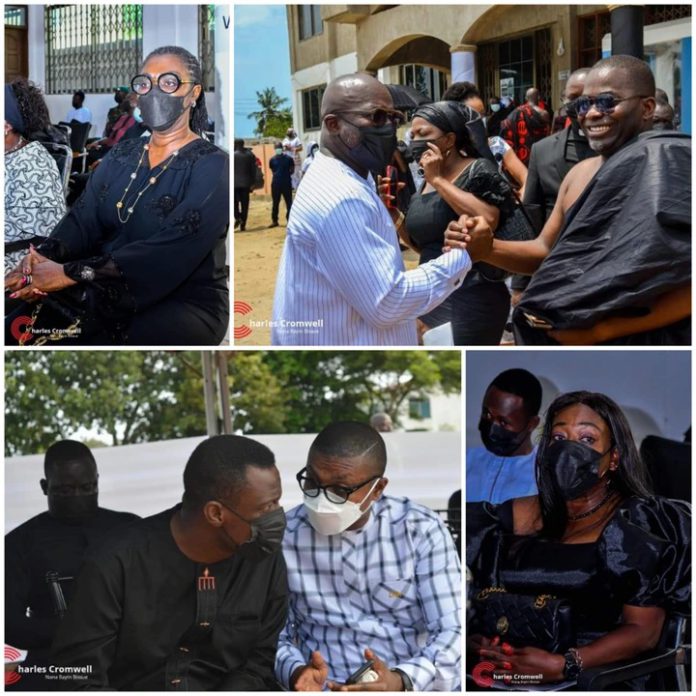 The final funeral rites for Mary Aba Quist, the mother of former Presidential staffer and Western Regional Secretary of the New Patriotic Party (NPP), Charles Bissue, has been held.

She was interred at Keta in the Volta Region.

Scores of political figures including New Patriotic Party Members of Parliament (MPs), ministers, National Democratic Congress executives, and traditional leaders among others were in attendance to commiserate with him.

Others were Awutu Senya East MP and Fisheries and Aquaculture Minister, Mavis Hawa Koomson; Minister of State at the Ministry of Works and Housing, Freda Prempeh and Takoradi MP and Western Regional Minister, Kwabena Okyere Darko-Mensah.

Deputy Minister for Trade and Industry, Nana Ama Dokua Asiamah-Adjei, who is also the wife of Mr Bissue was present.

As culture demands, she presented gifts to the family to support the funeral of her late mother-in-law and was also made to undertake certain rites. 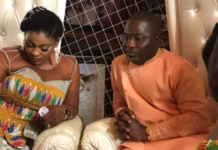