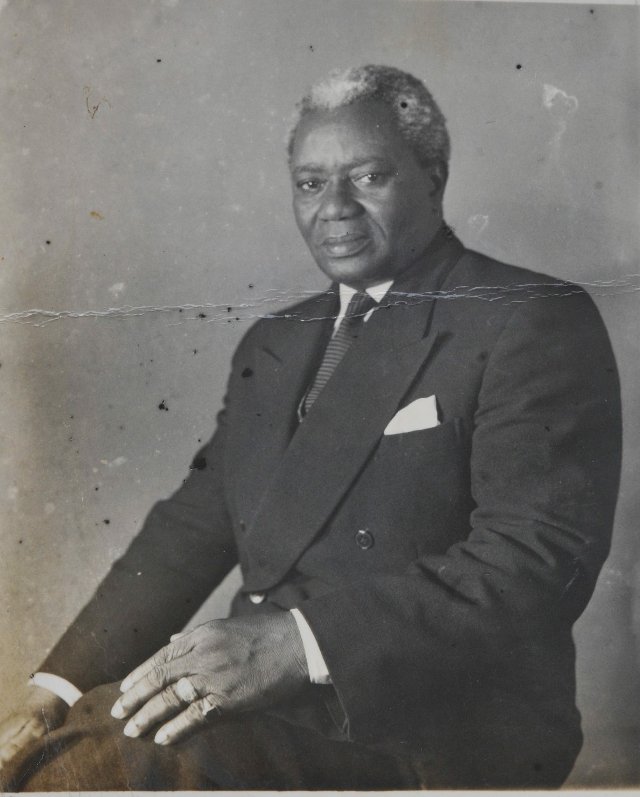 Parliament has been called upon to initiate a programme to give the late Dr Joseph Kwame Kyeretwie Boakye Danquah, a former legislator in the then Gold Coast Parliament, a befitting national funeral.

Mr Samuel Atta Akyea, the Member of Parliament for Abuakwa South, who made the call on Tuesday in Parliament, told the House that 55 years after the demise of the politician, described as the “Doyen of Ghanaian Politics,” his funeral was still outstanding.

Mr Atta Akyea said he had repeatedly made that call over the years.

There is the belief among traditional Ghanaians, with a strong belief in ghosts and ancestors, that the dead cannot rest in peace until a befitting funeral and burial ceremony are held for them.

Sporting a black mourning cloth, with a muffler in brown colour, the MP, who doubles as the Minister of Works and Housing, in a commemorative statement said: “Today marks the 55th anniversary of the demise of Dr Joseph Kwame Kyeretwie Boakye Danquah in condemned cell number 4, at the Nsawam Medium Security Prisons.”

“… Ghana’s opposition leader breathed his last at 6.30 am on that fateful day, according to the medical records.”

He continued, “I beg to submit that our current freedom was largely purchased with innocent blood of the doyen of Gold Coast politics, the inimitable Dr Joseph Kwame Kyeretwie Boakye Danquah whose funeral rites are still outstanding 55 years down the line.”

“Let this Parliament initiate the programme to give this world-class legislator a befitting and final send-off. This is the least we can do to the memory and honour of Ghana’s sacrificial lamb.”

Mr Atta Akyea later told the Ghana News Agency (GNA) in an interview that the proposed befitting state funeral should include exhumation of the remains of the late JB Danquah for better reburial with all the necessary last respects.

The Abuakwa South MP said his advocacy was not because of any kin ties with the late legislator, but that he played a pivotal role in naming Ghana from the Gold Coast, the establishment of the University of Ghana, creating a hydropower dam over the Volta River and other national assets, in addition to contributing to literature on Ghana culture and scholarship.

Despite his immense contributions to national growth and development, there is lack of political will, sensitivity and commitment by political parties, both friends and foes to accord him the necessary burial, he said.

He commended President Nana Addo Dankwah Akufo-Addo for laying a wreath at the graveside of the late parliamentarian, but argued that “laying a wreath is not equal to final funeral….”

He promised to continue to impress on whichever party was in power to give the late Danquah a befitting national funeral.

In that letter dated 9th May 1964, Mr Atta Akyea recalled that JB Danquah appealed to President Kwame Nkrumah for his immediate release.
He had been in a condemned cell on the basis of the Preventive Detention Act passed by Parliament in 1958.

Mr Atta Akyea quoted Dr JB Danquah to have written that, “I am tired of being in prison on preventive detention with no opportunity to make an original or any contribution to the progress and development of the country, and therefore respectfully write to beg, and appeal to you to make an order for my release return home.”

Contributions from both sides of the house eulogised the late JB Danquah for his role in the founding of modern Ghana.

They called for lessons of patriotism and selflessness from the example of the Ghanaian political icon.

The Parliamentarians advocated a guard against laws to repress political opponents as they might not perpetually be in Minority and that such “obnoxious laws” would soon catch up with those who promulgated them.