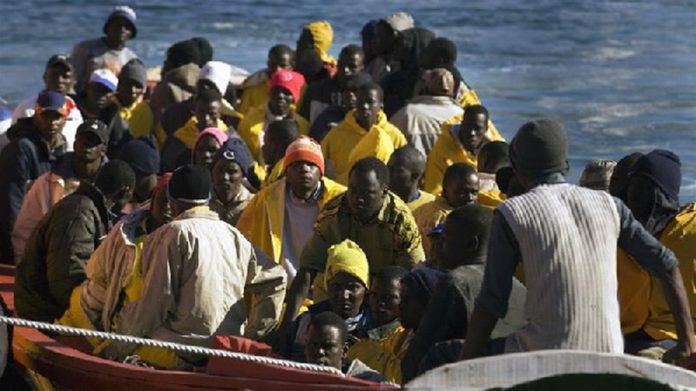 More than 35,550 Ghanaians are in war ravaged Libya waiting to cross the sea to Europe, according to International Organization for Migrations.

They are part of a 636,426 strong migrant population desperate to embark on the dangerous journey in an attempt to enter Europe for greener pastures.

A press statement issued to the Ghana News Agency by the Catholic Relief Services to commemorate the International Day for. Migrants, quoted the IOM as saying that almost 3,400 migrants and refugees died in 2018 globally.

It said the CRS’ under its Action for the Protection and an Intergration of Migrants in Africa (APIMA) project “is working to ensure safe migration for a dignified life in West Africa”.

“And will continue to target the youth including both returned migrants and potential migrants by promoting economic opportunities through providing Life and Employability Skills Training, increasing awareness on safe practices, engaging front-line government agencies in recognizing abuse and exploitation.

And in collaboration with church partners, adopt a holistic, cross-border protection-based approach targeting youth and community members with an intentional messaging in an effort to shift the perceptions around Migration in Nkoranza and Techiman Municipals before departure and upon return, “according to the statement.

CRS/CARITAS seeks to also encourage the government and community leaders to lead in providing avenues for the reintegration of returned migrants.

On this day we also wish to take a minute to mourn all migrants who lost their lives trying to seek refuge, it said.