A look of confusion took over Yaw Berk when a strange caller decided to embarrass him in the studios of Adom TV.

As part of schedule to make his interview lively, a phone-in segment was initiated, but the first caller went overboard when he disclosed Yaw Berk has refused to pay his debt.

The caller, without mentioning his name, went straight into an attack mode, calling out Yaw Berk for ‘ghosting’ him after buying his goods on credit.

A confused Yaw Berk inquired who the caller was, but he was responded to with ill language.

Despite efforts to calm the faceless caller and get him off the line, the charged man kept ranting and embarrassing the musician.

Yaw Berk’s temperament in the studios of Adom TV went high, as he sat in disbelief as though he was about to faint.

Host of Badwam Ahosepe, Sister Sandy had to disclose to him that the call was a prank, in a bid to relax his nerves.

Asked how he was feeling about the prank, Yaw Berk, while stammering, managed to say: “I almost burst cos I feel like….ei so this is the second one. I really don’t need these kinda stuff. I was really out there but thank God it was a prank. I was shaking terribly this early morning.”

After reality dawned on him, Yaw Berk, christened Randy Yaw Amoah, applauded his prankster for an amazing acting. 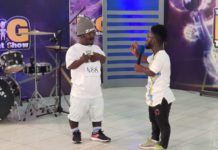 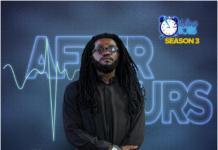 After Hours with Kwame Oboadie: All-new season to air on Adom TV