The star-studded wedding of Davido’s logistic manager, Israel DMW and his wife, Sheila David has been the talk of town since the event came off on Saturday.

Aside the merry-making coupled with lots of food, another highlight of the memorable event was Davido’s performance with his lover Chioma.

The superstar stormed the stage with his baby mama to perform one of their hit songs, Assurance, to the envy of other guests.

Videos captured oline shows Davido, clad in his traditional regalia ‘burning’ the microphone while Chioma was giving him moral support and splashing the newly-wedded couple with cash.

Under the theme, #Moooga22, celebrities offered their support to the longest serving staff of Davido’s DMW crew. 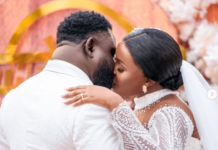 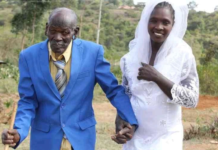 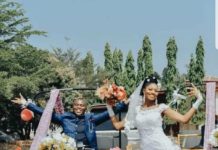