The Ogun State Police Command in Nigeria has arrested a 30-years old woman, identified as Risikat Olabintan, for throwing her one-day-old baby boy into a soakaway.

Her arrest followed a distress call by members of Ibukun Oluwapo Community in Ishaga, who lodged a complaint with the police that some children heard the crying of a baby in a soakaway while they were playing at the backyard of their compound.

Upon interrogation, the suspect allegedly confessed to committing the crime and explained she had no means of properly feeding all her children.

The suspect told the police that her husband and father of all the children h0as absconded to an unknown destination without any hope of coming back to the family.

On receiving the information, the DPO in Owode-Yewa, SP Olabisi Elebute, quickly led a team of policemen to the scene where the baby was rescued with the assistance of members of the public.

An investigation conducted by police later revealed that Risikat, a mother of six children who had secretly given birth to the baby boy as early as 5 am, was responsible for the inhuman act.

According to sources, the baby and the mother have been taken to the hospital for medical attention.

Meanwhile, the Commissioner of Police, CP Imohimi Edgal has directed that the case be transferred to Anti-Human Trafficking and Child Labour Unit of the State Investigation and Intelligence Department for proper investigation. 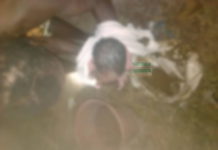 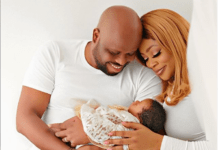 Final year University of Ghana students to remain at home