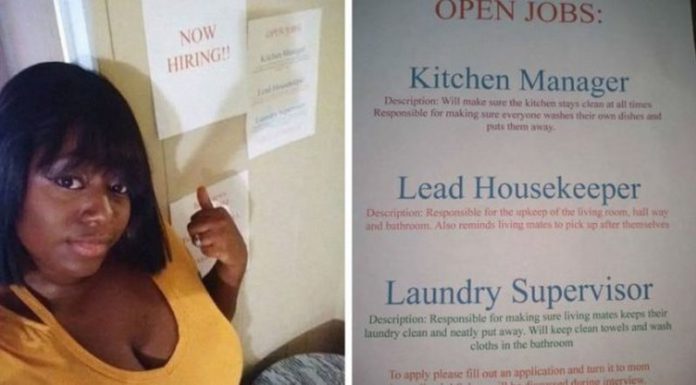 Shaketha Marion McGregor is a mom-of-three from Georgia who wanted to teach her beloved children an important life lesson about earning money, so she decided that from now on, they won’t be getting their allowance as easy as coming up to her and nagging her for it.
So, she created a hiring event where her kids had to apply for “jobs” around the house, and they will literally have to work for their allowance, just like grown-ups.

Shaketha seems to have the soul of a successful businesswoman, because the numbers on her Facebook post skyrocketed very quickly. The post received more than 213k likes, over 35k comments, and more than 130k chares.

The jobs for the children were kitchen manager, laundry supervisor and lead housekeeper.

Shaketha’s oldest son Jahkeem is 13, daughter Takeia is 10 and daughter Serinity is 6. Naturally, the everyday necessities can get a bit expensive for a large family, so the mom came up with this brilliant idea.
Heck, she even sent her son a rejection letter after he applied for a position that had already been filled.