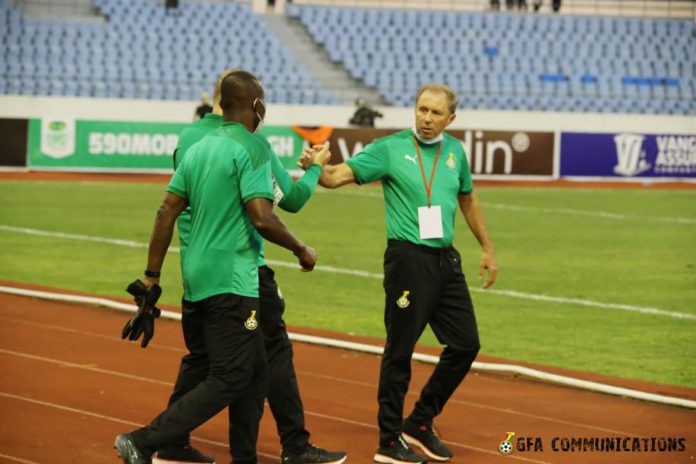 Ibrahim Sannie Daara believes Ghana coach, Milovan Rajevac, can build a team that can withstand the test of time.

The Serbian trainer returned to the West African country following the sacking of CK Akonnor after Ghana’s shaky start to the 2022 Fifa World Cup qualifiers.

The 67-year-old took charge of his first game against the Warriors of Zimbabwe at the Cape Coast Stadium.

Ghana returned to winning ways with a 3-1 win in their matchday three games in Group G with Mohammed Kudus, Thomas Partey and Andre Ayew all scoring for the team.

And according to Mr Daara, Milovan can build a strong team when he watches the rest of the players at the various clubs capable of winning laurels.

“I believe going forward when Milovan Rajevac gets the chance to watch the rest of Ghanaian talents around, he will build a great team which can withstand the test of time,” the former Communications Director for the Ghan Football Association (GFA) told Asempa FM on the Ultimate Sports Show.

He also pleaded with Ghanaians to have patience and support Milovan.

“Ghanaians should be patient and have faith that we will qualify for the 2022 Fifa World Cup,” he added.

Following the win, the Black Stars sit 2nd with six points with South Africa leading the group with seven points.

The Black Stars have arrived in Harare for the reverse fixture against Zimbabwe on Tuesday. The game has been scheduled to kick off on 13:00GMT.