Our sex life is something we’d all like to improve. There’s no shame admitting it. And for many men, the prospect of ‘going soft’ is a real concern. But there is some good news, which should put an end to your worries.

According to a new study, which was conducted over a 30-year time frame by scientists at Harvard and the University of East Anglia, men who enjoyed a regular glass of red wine, and plenty of citrus fruits and berries such as strawberries, blueberries, apples and pears were less likely to develop erectile dysfunction.

Researchers found just three or four portions or glasses of flavonoid-rich food and drink was associated with a reduced risk of the problem by up to 21%.

“This is the first study to look at the association between flavonoids and erectile dysfunction, which affects up to half of all middle-aged and older men,” said lead researcher, Professor Aedin Cassidy. “Men who regularly consumed foods high in these flavonoids were less likely to suffer erectile dysfunction. In terms of quantities, we’re talking just a few portions a week.”

Now of course, we know not everyone enjoys a glass of red, and that there are some who don’t eat enough fruit, despite what we’ve just told you. But fear not, because as ever, MH has you covered.

The caffeine kick from a cup of Java boosts your metabolism, gets your blood pumping and could also enhance endurance by releasing fat stores, giving you the energy to last all night.

Yes, there is a reason for their sexy reputation. Oysters are rich in the mineral zinc and vitamin B6, both of which are vital for testosterone, without which you’d have the sex drive of a dead slug. If the thought of grey shellfish gloop sliding down your throat makes you gag, boost your testosterone with nuts and seeds instead.

Spice up your love life with chillies. When your face flushes after eating a curry, that’s the blood vessels expanding thanks to the effect of the chillies. And it’s not just the blood vessels in your face that get the boost. Biologically speaking a hard-on is simple hydraulics – more liquid (blood) being forced into little tubes (blood vessels) in your penis – so what you need is a strong heart and smooth, healthy pipework.

Hard men have healthy hearts, so eat bananas for potassium, which is great for your heart and circulation. Getting enough potassium helps keep your sodium levels under control, stopping your blood pressure from hitting the roof and reducing your risk of heart problems. If you eat too much salt and don’t like bananas, get your potassium from oranges or jacket potatoes (the mineral’s in the skin).

Contrary to popular belief, the penis does not have a mind of its own. To make it a fine and upstanding specimen, your neurons must be coordinated with military precision. You need thiamine, aka vitamin B1, for a healthy nervous system, so eat pork to help fire your swimmers in the right direction. Can’t or don’t eat pig? Get your B from beans and wholemeal bread.

Cherries are packed full of anthocyanins, colourful plant chemicals which protect your artery walls, helping prevent the fatty plaques that lead to atherosclerosis, or clogged arteries. Don’t fancy cherries? Berries, or brightly coloured fruit such as peaches, nectarines and plums, will all keep your arteries smooth as a baby’s nether regions.

The phytochemical allicin in onions and garlic thins the blood and enhances your circulation, as well as making it less likely to clot and clog. Avoid unsexy onion-breath by chewing parsley or peppermints.

Wine – especially red wine – is a great source of the antioxidant phytochemical resveratrol, which helps open the arteries by enhancing the production of nitric oxide. Nitric oxide allows the blood vessels to expand, and this is how Viagra works. But while the little blue pill only works on tiny blood vessels, resveratrol helps your main arteries too. Make sure you stop at one or two glasses of wine – too much alcohol leads to the dreaded droop.

Porridge isn’t sexy, but the soluble fibre in oatmeal mops up cholesterol, helping keep your blood vessels smooth and stretchy. So get your oats! 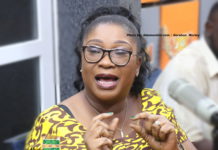 Why women fantasize about rough s3x

Students expelled for having s3x in lecture hall 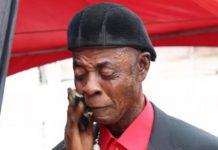 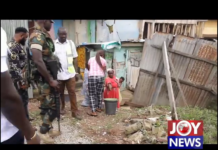 Can you get pregnant WITHOUT having s3x? Yes, we tell you how