Kuami Eugene took to social media to praise Gideon who performed his song, Wish Me Well, saying “This Young Man is the new #RockStar💫 in town. Too Much Talent. #Nsoroma @adomtv”. 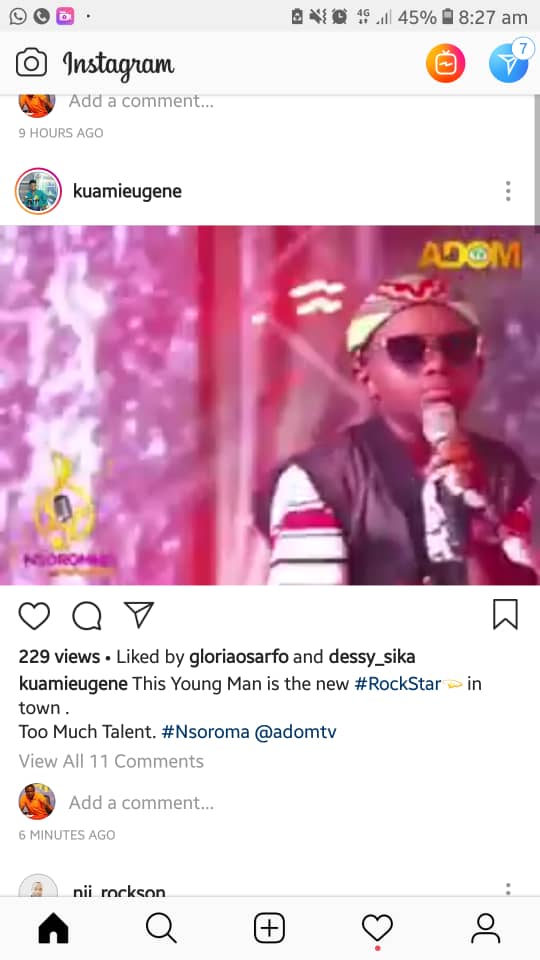 Kuami’s endorsement of Gideon comes just hours after another musician, Adina also endorsed the performance of another contestant on the NSOROMMA show.

Adina praised Blessing Alovor, for her exceptional display in performing her song, Killing me Softly.

The maiden edition of Adom Nsoromma reality show started at the Providence Events Center at the International Trade Fair in La, Accra to some outstanding performances from the first-10 contestants.

The centre came alive as patrons were treated to some amazing performances from the contestants who performed highlife genre songs from renowned musicians such as Akwaboah, Adina, Daddy Lumba, Pat Thomas, Joe Mettle among others.

The show will continue next Sunday as the next set of 10 contestants will treat the audience to, what is expected to be another great dose of music, mostly of hip/hilife genres.

This Young Man is the new #RockStar💫 in town . Too Much Talent. #Nsoroma @adomtv