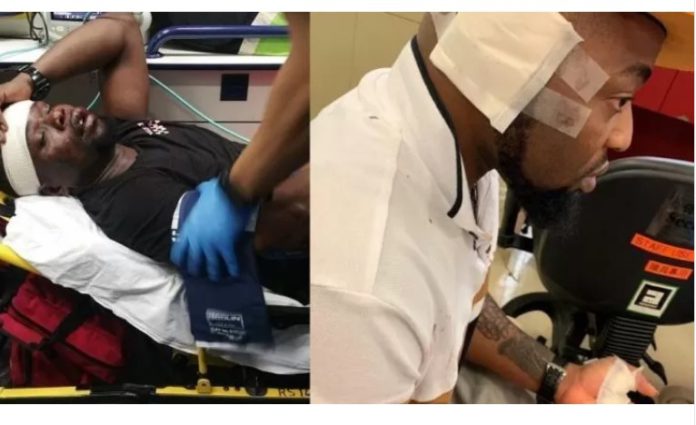 The fight, which broke out between Nigerians and Pakistanis, was caused by a misunderstandings over money issues, FoxMeek has reported.

The fight caused serious panic as many, including businessmen, scampered for safety.

A Nigerian businessman in Hong Kong simply identified as Mr Ken who exclusively shared photos of some of the victims who were injured in the bloody clash with FoxMeek said; “There is fight going on in Hong Kong.. Between Blacks, Nigeria mostly and Pakistanis. Serious fights with serious injuries.”