The family of Kofi Yamoah, a man shot and killed during the ‘outdooring’ of a Queenmother at Mankessim in the Central region has appealed to the police to release his body for burial.

The family says it is unable to pay some GH¢ 2,310.00 being demanded by the police for an autopsy to be carried out on the deceased’s body because they lack the financial muscle to do so.

Brother of the deceased, George Kwesi Yamoah, told Adom FM’s Dwaso Nsem that they were instructed by the police to send his brother’s body to the Cape Coast Teaching Hospital only to be asked later to pay GH¢ 2,310.00 as a pre-condition for releasing his body.

“At the moment, the family is financially challenged, we don’t have the money to pay that amount so we are pleading with the police to release his body for burial,” he explained.

He explained that his late brother is only a victim of the shooting and not in any way linked to the perpetrators of the crime.

The deceased, he said was on his way for his clothes from a tailor when he was shot by a stray bullet, explaining further that he wasn’t a member of the feuding families, hence couldn’t have been part of the day’s disturbances.

The police, since the incident, have picked up five persons in connection with the shooting.

According to the Mankessim Divisional Police Commander, DCOP Owoahene Acheampong, the five, whose names are being withheld, are assisting in investigations.

What was supposed to be the ‘outdooring’ of a queenmother, turned bloody when two persons, including an officer of the Bureau of National Investigations and a civilian, were shot dead by unknown assailants during the procession, with Nana Otua riding in a palanquin. 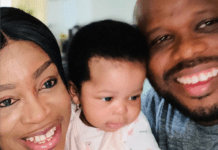