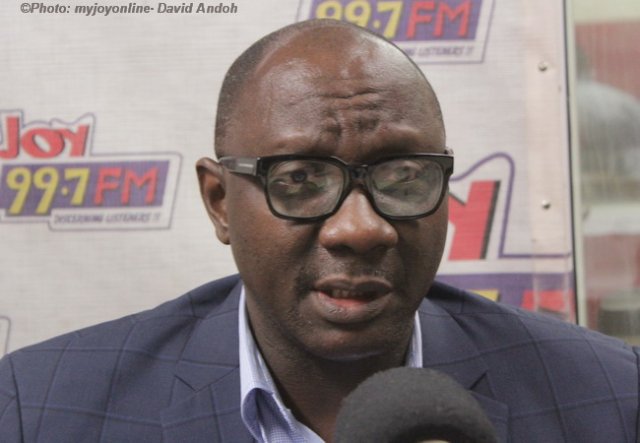 Fees per year for both commercial and non-commercial vehicles, depending on tonnage, range from ?20 to ? 200.

The NRSC is introducing the service in order to rid the country’s roads of abandoned broken down vehicles which cause accidents.

The Driver and Vehicle Licensing Authority and the Ghana Police Service are collaborating to ensure such stationary vehicles are cleared off the road.

There is already a chorus of disapproval among the travelling public, particularly commercial drivers, over the scheduled implementation of the new regulation. There are close to Two million vehicles plying the roads across the country, according to the NRSC statistics.

Speaking on the Super Morning Show on Joy FM Wednesday, June 14, 2017, Mr. Garbrah, who is also the Executive Director at Toptech Transport & Logistics said the timing is wrong and premature.

“How can you use one week [or] two weeks to tell the public this is what you are going to do? It is not fair,” he said.

Although he agrees in principle that the provision of towing services will help reduce accidents on the roads, he argued there is not enough awareness creation on the regulation.

“All we know is that from 1st of July we are going to pay this amount [and] I think it is really rubbish honestly! We don’t have to accept this. If you are coming to do this, come up with public awareness first,” maintained the past president of the Ghana Association of Driving Schools.

Contributing to the discussion, National Vice Chairman of the Ghana Private Road Transport Union (GPRTU) Robert Sarbah said, although the directive will add to their operational cost, it is the commuters who will feel the impact. “This will also impact on the cost of our operation and we will pass it on to the passengers. We will not feel it much,“ Mr. Sarbah said.

In addition to public awareness, the GPRTU Vice Chair also wants the fee reviewed ahead of the implementation deadline.

“If for anything at all the fees must be reduced by 50 percent,” Mr. Sarbah appealed.

A private firm, Road Safety Management Company Limited incorporated in June, 2011 and owned by businessman, Joseph Siaw Agyepong, who also owns waste management company, Zoomlion, has been awarded the contract to tow broken down vehicles from the roads.

The Road Safety Management Company Limited and it’s allied service providers will enjoy 85% of the charges while the DVLA and Police Service share 5% each. Ministry of Finance as well as NRSC will also be allocated 5% each from the proceeds.

According to Mr. Atuahene, the purpose of the levy “is to have vehicle owners make a certain minimum contribution to be able to deal with a national issue”.

“The Police do not have the capacity to handle this situation…the Commission [NRSC] does not have the resources to procure these trucks,” hence the engagement of the private sector participant.

He maintained: “this project has gone through all the necessary benchmarks” as provided by the law.

“The problem is there; the government may not have the resources to deal with the problem; the private sector is there but it comes with a cost,” he said.

It is the hope of Mr. Atuahene that the public will comply with the new regulation in order to reduce the number of road crashes caused by abandoned vehicles.