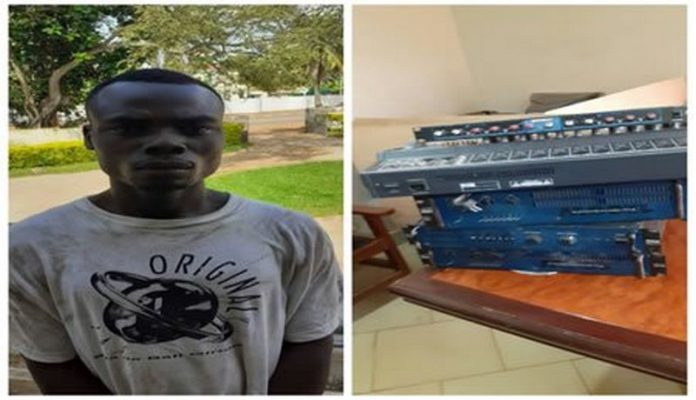 Kwame Owusu, a 23-year-old driver in Kumasi has been jailed for three years for stealing musical instruments from different churches.

The GNA describes him as a specialist in the crime and he was convicted after he pleaded guilty in a KMA Circuit Court.

Churches in Kwadaso, Ohwimase and Patase; all in the Kumasi Metropolis have suffered the activities of Mr Owusu and his syndicate.

His two accomplices, identified only as ‘Kobby’ and ‘Striker’, are on the run and the police are looking for them, the GNA reported.

The prosecutor, Andane Ameyaw, told the court that the police had received several complaints that their musical instruments have been stolen.

This, he said caused them to mount surveillance in in there.

He said on October 20 at about 3:30am, the convict together with his accomplices broke into some churches.

He said the convict was arrested upon a tip-off and arraigned.