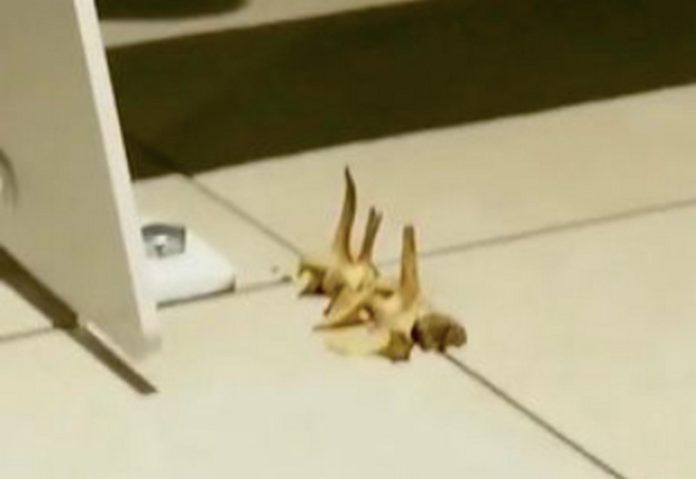 There aren’t many things we would expect to find hidden in the wall of our home.

Some people have recently found notes left by builders and electricians in years prior, while others might find a secret doorway.

But one man was very freaked out to discover some bones in the wall of his property.

TikTok user @franceschuckieraven has gone viral on the video-sharing platform after sharing a clip of his creepy find.

He shared a look at the bones, saying: “Waiting for cops to come, found some bones in my wall – are they human?

More than two million people watched the TikTok video, with many sharing their thoughts on the bones in the comments below.

A number of people agreed the bones definitely weren’t human, with some saying they might have belonged to a cow.

But even still, it was bizarre that they ended up in the wall of a house.

One person wrote: “Looks like cattle bones, but normally not found in walls.”

Another said: “Archaeologist here, not human. But very scary to see if you don’t know what to look for. I’ve seen people think more random stuff was human.”

A third added: “Depending on how old your house is, it used to be common to put dead pets in the wall as a way for them to protect you and the house in the afterlife.”

In a series of follow-up videos, Frances explained how he bagged up the bones and took them to the police to investigate.

He shows off where in his house he discovered them, believing they fell through a loft space and becoming concerned someone could be living in the creepy space and he could be killed.

However, the mystery is later solved and his life is confirmed to be safe as police inform him that the bones are actually from lamb chops.

He adds: “Just got a call back from the cops and the lady said, ‘the results are in, they’re lamb chop bones’.

“So that was a complete waste of their time, but what am I meant to do? Why are they in my wall? I can’t leave my wall bones there.”