Manchester City secured a record 14th consecutive Premier League win and extended their lead over rivals Manchester United to 11 points with an entertaining derby victory at Old Trafford.
The visitors dominated the first half and deservedly led when David Silva hooked in from a corner just before the break after Romelu Lukaku headed the ball into the Spain midfielder’s path.
Marcus Rashford levelled in first-half stoppage time, sharply slotting in as Nicolas Otamendi and Fabian Delph sloppily failed to deal with a cross.
But Otamendi put City in front again after the restart, acrobatically volleying past David de Gea when Lukaku’s poor attempted clearance rebounded off Chris Smalling’s back.
City keeper Ederson made a tremendous double save to deny Lukaku and Juan Mata late on, shortly after Ander Herrera was booked for diving following a challenge from Otamendi in the penalty area.
Pep Guardiola’s side become the first team to win 14 successive Premier League games in a single season, also levelling Arsenal’s outright top-flight record, set between between February and August 2002.
Earlier on Sunday, Southampton held Arsenal to a 1-1 stalemate and the same scoreline was recorded in the Merseyside derby between Liverpool and Everton.
source: BBC 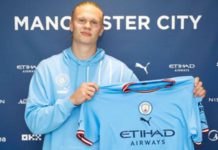 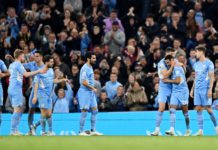 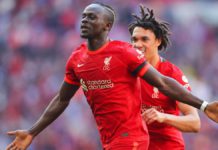 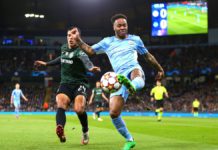 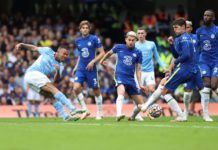 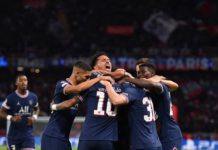