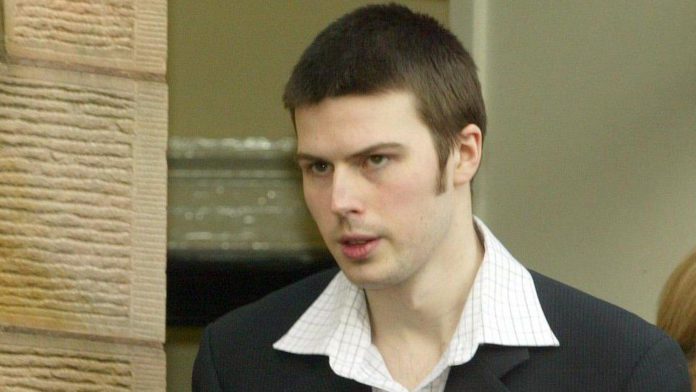 A man, who was set to stand trial for the second time accused of murdering his mother, has been found dead in Spain.

Sean Flynn was cleared of killing Louise Tiffney after a trial in 2005.

Ms Tiffney, who was 43, was last seen outside her flat in the Dean Village area of Edinburgh in May 2002.

Following extensive searches and repeated appeals from her family, her body was eventually found in 2017 in Longniddry, East Lothian.

Last year prosecutors were given permission to bring fresh prosecution under double jeopardy laws, which mean someone can be tried again on the same charges.

Flynn was accused of murder and attempting to defeat the ends of justice by concealing his mother’s body in the boot of a car before driving to woods and disposing of it.

A warrant for his arrest was issued earlier this week when he failed to appear in court.

His lawyer Aamer Anwar said he had been advised by police in Spain that Flynn, 37, had been found dead after taking his own life.

He said: “Any loss of life is a tragedy. Sean Flynn’s next of kin has been informed and there will be no further comment.”

Louise Tiffney’s disappearance in 2002 sparked a murder hunt that become one of Scotland’s most notorious unsolved cases.

Her 18-year-old son Sean Flynn reported her missing the next day, and the search that followed was one of the largest in Scottish police history.

Ms Tiffney disappeared four days before Flynn was due to appear in court accused of causing the deaths of a cousin and friend by dangerous driving.

He admitted crashing a high-powered BMW while speeding through West Lothian and was sentenced to three years and nine months in a young offenders institution.

Back seat passengers Paul Ross and Christopher Magee were killed, but Flynn and his front seat passenger, Mario Gagliardini, escaped with cuts and bruises.

It was initially thought that Ms Tiffney may have fled her home under the pressure of Flynn facing imprisonment and her sister Lulu grieving for her son.

But in the investigation that followed, it emerged that Flynn and his mother argued frequently – and had done so on the night that Ms Tiffney was last seen.

Flynn claimed she had “stormed out” of their home, but she had not taken her keys, bank cards or cash, or made childcare arrangements for her six-year-old daughter.

During their investigation, officers found blood matching Ms Tiffney’s DNA in the boot of a car that Flynn drove, along with mud and vegetation.

Mobile phone records also showed he was in East Lothian when he claimed to be in Edinburgh.

Flynn was still in Polmont Young Offenders’ Institution in February 2004, serving his sentence for the fatal car crash, when he was charged with his mother’s murder.

During a 22-day trial at the High Court in Perth the following year, prosecutors alleged that Flynn snapped and killed Ms Tiffney after arguing with her over the driving case and over his relationship with an older woman.

Neighbours told how they had heard noises on the night Ms Tiffney went missing.

Professional gambler Brian Rockall, 39, said he heard the sound of someone running across the floor of the flat above him.

He said: “It seemed fairly loud, startling. It seemed like someone finally losing it at the end of an argument. It didn’t sound like someone was being hurt.”

Flynn’s defence team argued that Ms Tiffney could have taken her own life, and the jury found the charges against him not proven.

After Ms Tiffney’s body was found in April 2017, prosecutors sought permission to set aside the acquittal and prosecute Flynn again for her murder.

The discovery was made by a cyclist near Gosford House in East Lothian.

Police confirmed that the area around the stately home had been searched by officers during the original inquiry, but the specific area where the body was found had never previously been searched.

Officers had a theory that the killer had driven to Gosford House to bury Ms Tiffney’s body in a shallow grave.

Minute traces of leaves and flowers had been found in a car linked to the investigation, and officers enlisted botanical experts to try and establish where they came from.

Despite an extensive search at Gosford House, the sheer size of the 60,000-acre estate prevented police from finding the body.

After the discovery in 2017, Flynn was tracked down in Berlin, where he had made a new home, and he was returned to Scotland.

The laws on double jeopardy had been changed in 2011 to allow someone to be tried again on the same charges.

In January last year, three judges agreed to set aside the previous verdict and allow a fresh prosecution to take place.

That trial had been due to start earlier this week, but Flynn – who had denied the charges – failed to appear at the High Court in Livingston. 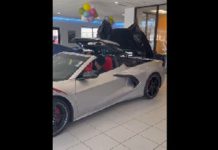 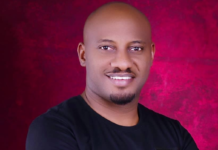 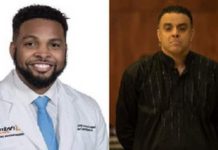 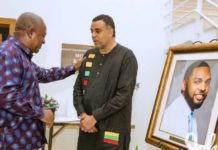