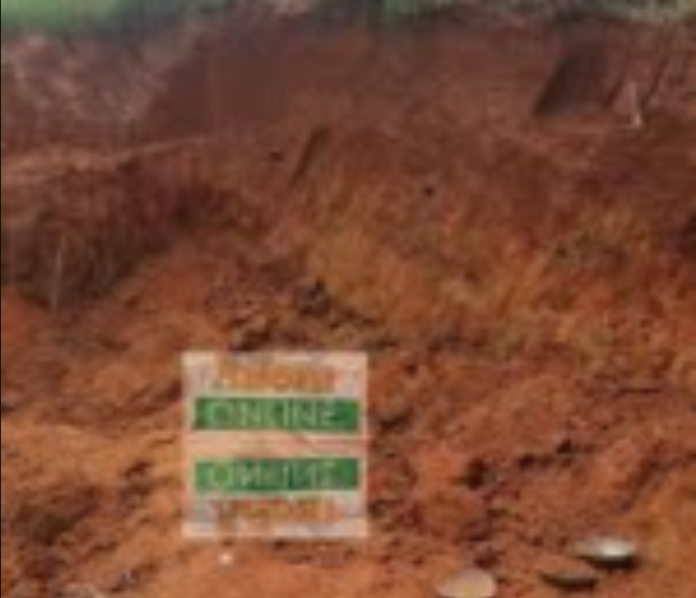 A 40-year-old man, Louis Sabala has reportedly drowned in a galamsey pit at Woroworoso in the Amansei Central district of Ashanti region.

According to reports, the deceased together with other young men went to an illegal mining site in search of gold.

The Odikro of Woroworoso, Nana Kwame Tano confirmed the incident to Adom News.

He revealed that, this was the second death recorded in the area.

Nana Tano said rituals will be performed to pacify the gods of the land after which he will meet with the youth over the issue.

The deceased is said to have left behind two wives and six children is yet to be found.