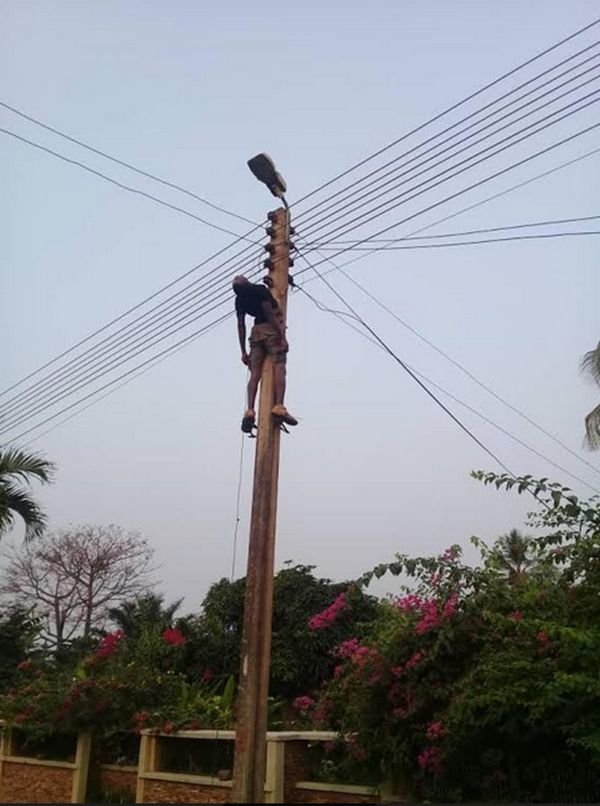 A 33-year-old man identified as Joseph Ademi, also known as, Togoo, has been found dead on an electricity pole opposite Top Man Wood shop at Kpando in the Volta Region.

He said the deceased who worked for a private contractor was found hanging on the LV lines by some residents in the area who reported the issue to the Electricity Company of Ghana (ECG) office at Kpando.

Mr Antwi said further investigations conducted by ECG officials at the Kpando District Office revealed that the deceased climbed the pole to replace streetlights without any authorisation from the District office.

Mr Antwi revealed the deceased had his climbing shoes and belt seized by staff of the Kpando District Office late last year for unlawful entry into the Company’s network.

Mr Antwi added the case had been reported to the police for further investigations, while the corpse has been sent to the Margaret Marquart Catholic Hospital morgue in Kpando.

He appealed to the public to desist from unlawful entry into ECG networks.