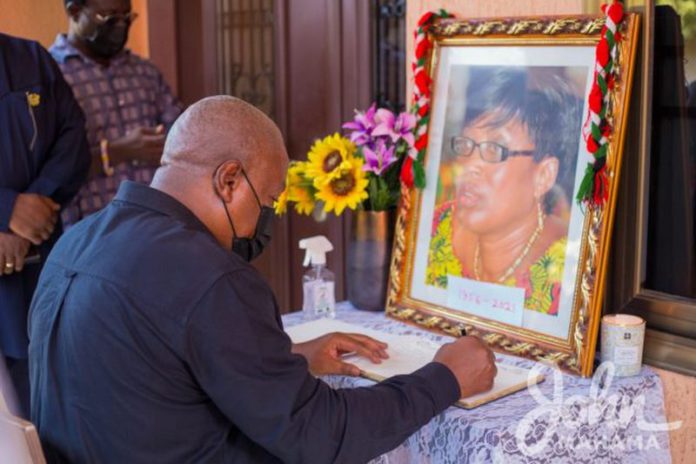 Former President John Mahama has signed a book of condolence opened for his former appointee, the late Dzifa Attivor by her family.

The former Minister passed away in the early hours of Tuesday after a short illness.

In a statement following her death, Mr Mahama described the former Transport Minister as a “dedicated comrade” who always prioritised the needs of the National Democratic Congress (NDC).

“…We are struggling to come to terms with her departure. She will be sorely missed by all, especially the Volta Region NDC and the teeming number of our people operating under the Volta Caucus across the country.

“My deepest condolences to her family, friends and the NDC in the wake of this painful loss,” he communicated in a tweet.

Madam Attivor was reported to have expressed fears of being jailed should the New Patriotic Party win the 2016 general election, though she had resigned.