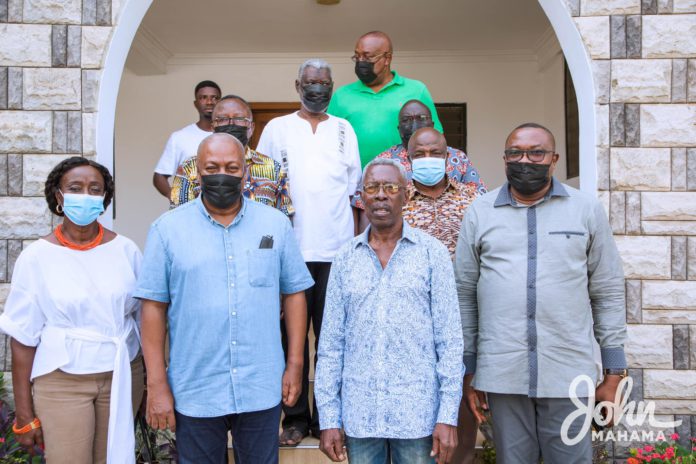 The visit was part of an exercise to check up on senior comrades of the party amid the Christmas festivities.

Madam Johnson is a former Chairperson of the Council of State with Mr Portuphy a former NDC National Chairman while Dr Tony Aidoo served as a former Ambassador and former Deputy Defence Minister.