Scores of Maamobi residents in the Ayawaso North Municipality in the Greater Accra Region have hit the streets to protest a planned demolition exercise by the government.

The assembly had given an ultimatum for the residents to relocate to pave way for the demolition and subsequent developmental works in the area.

They took to the streets clad in red attire wielding placards and banners to drum home their demands.

Some placards had inscriptions such as; No compensation no demolition, we are losing our livelihoods, we are not squatters among others.

The Assemblyman for the area, Wisdom Boateng, in an interview indicated the protest is the only option left as several letters written to the assembly has yielded no results.

They marched from the Maamobi market to the Kwame Nkrumah Interchange and converged at a point where a government representative is expected to accept their petition.

The residents have for months now been calling on the assembly to extend its August 28 deadline.

The disgruntled residents have lamented the deadline is too short and threatens their livelihoods while others indicated they have nowhere to go.

“The deadline is too short and we will beg them to give us up to a year and we will peacefully move,” a protester said. 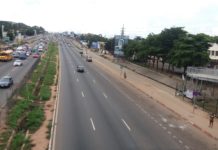 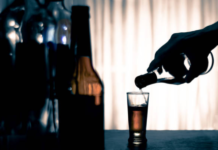 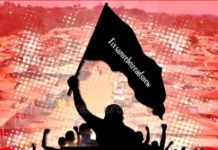 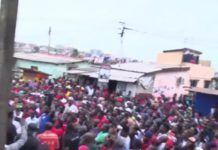 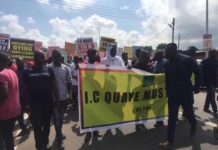