Khorsheeda Khatun had been left with nothing — then that too was washed away
The 28-year-old fled her home country of Myanmar in January with her two daughters, escaping the latest outbreak of violence, and was living in the Kutupalang Makeshift Settlement in Bangladesh when cyclone Mora arrived five months later and displaced up to 500,000 people.
“My house was shattered. It broke the wooden planks supporting my hut and blew away the polythene rooftop. The wind and water destroyed whatever little possessions we had,” she told UNICEF workers in June.
Several weeks later, across the Himalayas in South China, over 12 million people were forced to flee their homes as flood waters rose for yet another year.
In China’s southeastern Jiangxi province alone, flooding this year has so far caused $430 million in damages and economic losses. In neighboring Hunan province, 53,000 homes have been destroyed — and the flooding has yet to fully recede. 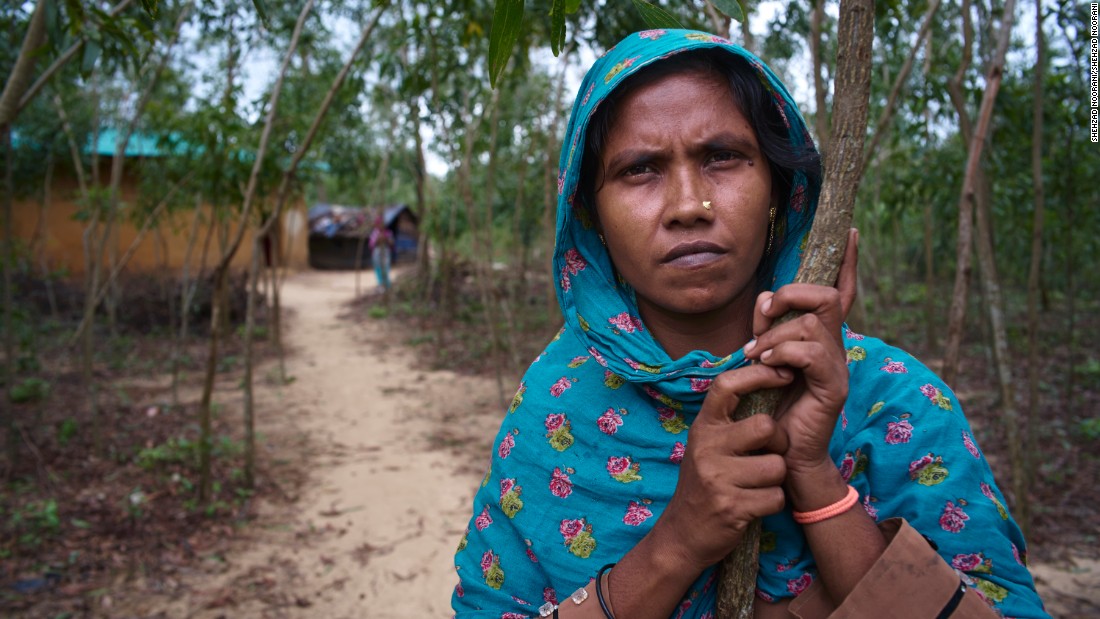 Increasingly severe weather, triggered by climate change, is putting hundreds of millions of people at risk across the rapidly developing countries of southern Asia.
“In the next 30 years, it is projected that heavy rainfall events will be increasing … in Asia, by about 20% for sure,” climate scientist Dewi Kirono at Australia’s Commonwealth Scientific and Industrial Research Organisation (CSIRO) told CNN.
Southern Asia is already the wettest area on the continent and one of the wettest regions in the world, receiving an average of at least 1000mm of rainfall a year.
As the rains fall harder, more than 137 million people in India, Bangladesh and China will be put at risk of coastal or inland flooding, more people than in the rest of the Asia-Pacific combined, a study in 2012 found.
Aggravating flooding through poor drainage and short-sighted planning is the sprawling, rapid urban growth across South Asia, built to accommodate the millions of rural residents moving to cities.
“You still have to have proper draining. It was a green field and now it’s an urban area. Quite often, if you don’t do that, (because) you’ve concreted everything the flood run-off is so much higher and the deaths are much worse,” Oxford University visiting fellow and WWF advisor Paul Sayers told CNN.
‘A dead city’
The majority of flood-related deaths and injuries worldwide since 1950 have been in three countries: China, India and Bangladesh.
According to statistics from Belgium’s Universite Catholique de Louvain’s Emergency Events Database, since 1950, more than 2.2 million people in these countries have been killed by flooding.
That includes the estimated two million people who died during the disastrous 1959 floods in China.
The world’s leading authority of climate change, the Intergovernmental Panel on Climate Change (IPCC), wrote in its latest report the Asia region was already suffering “huge economic losses” from weather and climate disasters, with one quarter of the entire world’s economic losses from disasters in Asia alone.
As flood swept through central China in July 2017, leaving devastation in its wake and almost 90 people dead or missing, locals took to Weibo to express their horror.
“The road is blocked, the electricity is downed, water is polluted, no phone signal is detected, elderly (people) and children are waiting for food,” said one user living in Shilong Village in Hunan province. 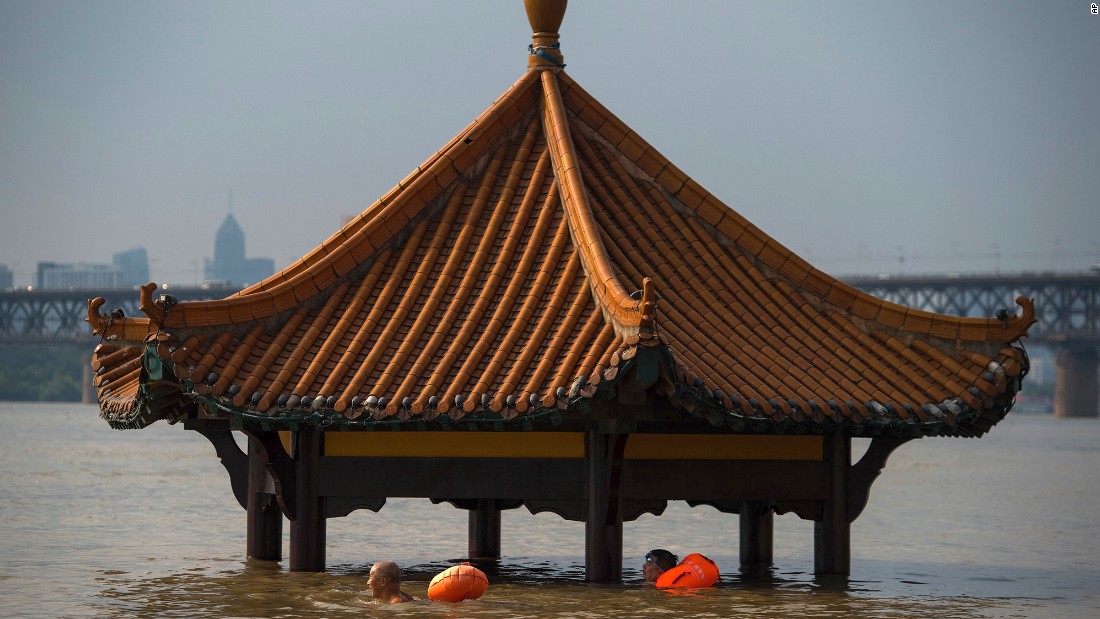 Photos accompanying the post showed cracked walls, piles of trash and mud everywhere. “The major district has turned to a dead city,” another user said.
Almost every year in the past decade, more than 1,000 people have died in China, India and Bangladesh from flooding, according to the Database, and millions of dollars in damage has been done.
Flood plains
The problem centers around three of the great Himalayan rivers of South and East Asia: The Ganges, Brahmaputra and Yangtze.
About 500 million people, or 50% of the population in India and Bangladesh, and about 300 million people, or about 25% of the population of China, live within the flood basins of these three rivers. Taken together, the three waterways support an estimated 14% of the world’s total population.
In China alone, the enormous Yangtze flood plain, full of fertile soil and easy river access, is responsible for about 40% of China’s GDP. 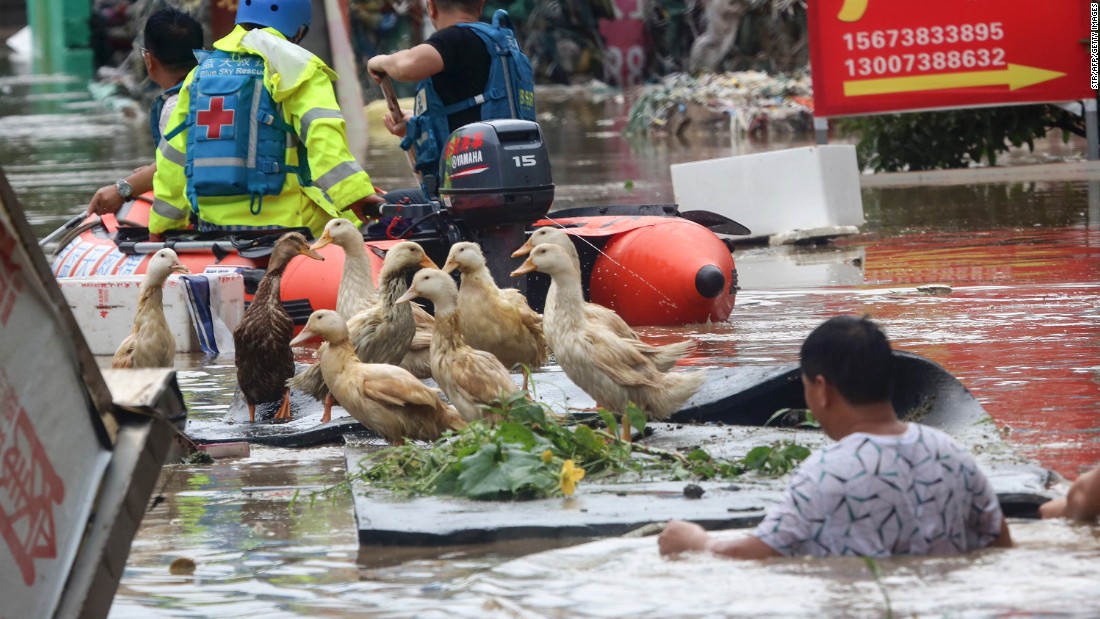 “Many Asian cities, and especially some megacities, have been built in the deltas of major rivers where ports could link the cities to the global economy,” a report by the Asian Development Bank in 2012 said.
When the heavy rains higher up in the flood plains flow into these rivers, water levels rise dramatically — and floodwaters pour into the surrounding cities and towns.
For example, this year, torrential rains caused a Yangtze tributary in Hunan to rise a record 3.2 meters above the warning level, bursting its banks and swamping crops and houses.
Still, these factors have been here for years. Why is the danger growing now?
Concrete and drains
Flooding in urban environments is more costly in terms of lives and loss of property because without a natural way to disperse the floodwaters they can cause damage “beyond the scope of the actual (flood),” experts say.
“A lot of the urbanization … has happened in a largely unplanned matter. For instance they don’t have risks adequately taken into account, they don’t invest enough in sustainable drainage,” Abhas Jha, the World Bank sector manager for Transport, Urban and Disaster Risk Management for East Asia and the Pacific, said.
Of course the huge rush of rural residents to China and India’s cities hasn’t helped, as cities expand deeper into floodplains and build hurriedly to accommodate their citizens.
When Mao Zedong, the founder of the People’s Republic of China died in 1976, just 17% of the country lived in major cities. As of 2016, according to the World Bank, it is now over 56%.
India, which started from a similar point as China, has doubled the size of its urban population, with 33% of its people in large cities.
“City level decision makers now (love) concrete, they like to invest in hard infrastructure, but what we realize is that part of the problem of urban flooding is that you need to get the balance right,” Jha said.
As natural drainage, such as open green spaces and wetlands, are covered in cityscapes and replaced with inadequate artificial alternatives, heavy rain has nowhere to go.
And the rains are getting heavier.
The dangerous climate
Jha said if you want to see evidence of the effects of climate change, just look back five years in Asia.
“Mumbai, Shanghai, Hanoi, Beijing, Phnom Penh — every major city in Asia has had a major flooding event so there’s no doubt about it that the situation is getting worse,” he said.
The expected impacts of climate change on the world’s weather are well documented. Hotter temperatures, higher sea levels and heavier rain should all be expected, Kirono, the CSIRO expert, said.
But rather than more days of rain in a year, she said climate change will just cause more severe, torrential rainfall.
“A heavy rainfall event means unusually high precipitation over the course of one day or one hour, which increases the chances of flooding,” she said.
“Of course, heavy rainfall does not cause floods per se, because it depends on the topography and the infrastructure of the city.”
It isn’t just the initial floods which could put lives in danger across Asia, Kirono said. The aftermath could be just as deadly.
“It could be waterborne diseases which like having high temperatures because one degree or half degree will make their environment livable,” she said.
But climate change may not even be driving the most severe flooding in Asian metropolises, new research suggests.
Not changing fast enough
Both local and regional changes will be needed if increasingly severe floods across Southern Asia are going to be avoided in the future, all experts agreed.
For large established cities there are two options, according to Jha — physical infrastructure to keep the water away from citizens and preventative measures to keep people away from the water.
“Preparedness, early warning systems, green infrastructure, things like that … we’ve found that early warning systems are perhaps the best investment that a country and a city can make,” he said.
“A dollar invested in early warning systems can save four to eight dollars in avoided losses later on.”
It isn’t likely to come cheap. A study in 2010 found it would cost more than $2.6 billion to adequately protect Bangladesh’s roads, railways and drainage systems.
But government officials have already attempted to mitigate the threat of extensive flooding in a number of ways, including China spending billions of dollars on a “sponge city” program, to help the urban sprawl absorb rainwater more efficiently.
But, experts suggest local changes won’t be enough though, and say flood basins in China, India and Bangladesh need to coordinate across cities to find the best locations for housing and to halt flooding in its path.
“It isn’t ideal to deal with water in urban areas,” Jessica Lamond, associate professor in flood risk management at the University of the West of England, told CNN.
Instead, Lamond said, cities should, where possible, deal with the water in higher catchment areas and slow its approach into urban areas.
Worryingly, WWF adviser Sayers insists not nearly enough is being done to avoid much more death and damage in the future.
“If you don’t do that preparation you’re basically resigning yourself to a future you’re constantly going to be responding to major events, and to worse events,” he said.