The Minister’s fiat was necessitated by the destruction of properties belonging to a company contracted to build supposed office complex for the Lands Commission on the school’s land.

The students’ action, though condemnable, was in reaction to reports about the sale of the GSSM land, with no plan to relocate the school, to a private developer for the construction of a shopping mall.

It’s obvious the reason Mr Amewu has put out for the development of the land is different from that of the students. The Minister said part of the land is going to be used for the construction of a head office for the Lands Commission currently housed in a dilapidated structure at Cantonment.

The situation could be blamed on the breakdown of effective communication. The Commission and the Lands Ministry were unable to communicate the message effectively to the students for consensus to be reached.

In the face of this glaring disparity of information, one would have expected a Minister/leader that’s in-charge of several key state agencies to exercise restraint in his decisions but that wasn’t what Mr Amewu did.

Sitting in his stool at the Ministry and wearing a Zeus-like appearance as though he had descended from Olympus Tuesday evening, he pronounced judgment against the students.

With no consideration for the future of the students, the Minister directed the school to be shut down indefinitely, students driven out of their hostels and the teaching staff re-assigned to other duties.

At best the Minister has exposed himself as someone who is incapable of handling issues.

This directive should not be seen as coming from only the Lands Ministry. The Education Ministry must be factored and if it is established that it had a role to play, it will inform the approach to opposing the directive.

I don’t know what the GSSM Students Representative Council (SRC) is planning to do but I think the first thing to do in this circumstance is to serve a notice to the Lands Minister that his directive would not be respected.

Ghanaian students should not tolerate an attack on their colleagues. This is a democracy governed by rule of law; therefore, any show of autocratic tendencies must be fiercely resisted in a non-violent way. I am not instigating students to violate the laws of the country.

What they have to do is to let Mr Amewu know that the school was not built for him or his relatives that he can change its destiny at will. The school has a legacy and this must be sacredly respected.

Since handing over as the Press and Information Secretary of the National Union of Ghana Students in 2012, I have observed how our leaders with impunity handle student-related issues. You cringe at their decisions and wonder if they schooled in the country.

The closure of GSSM provides an opportunity for students across the country to show solidarity to one another. Even if the students disrespected the law, the Minister can’t be ruthless in his reaction.

Enough is enough. The moment students allow this to pass, they’re indirectly endorsing lawlessness of the political class. If Amewu can direct the closure of GSSM with glee and a jostle demeanour, he might carry the same attack on other schools.

Spineless schools like the Ghana Institute of Journalism (G.I.J), Jayee University College, University of Communications and Management (UCOMS) and NAFTI among others will be next if Ghanaian students fail to resist this. However, I will caution that the resistance must be done in conformity with the laws of the country and not the lawlessness of students.

The writer Austin Brakopowers works as a journalist at Joy99.7FM and could be reached via Brakomen@outlook.com or www.brakopowers.com. Views expressed here are the Author’s and do not necessarily reflect the position of management of The Multimedia Group. 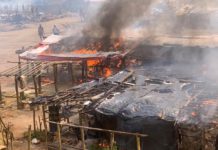 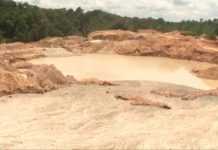