Iforma Okeke, aka Mama Blessing, a 33-year-old hairdresser and head of Nigerian prostitutes at Ayamfuri in the Central Region, has been sentenced to five years imprisonment by an Accra Circuit Court.

This was after Iforma was found guilty on charges of human trafficking, failure to register with nearest Immigration and abetment of crime to wit abortion.

She is said to have trafficked two persons from Nigeria to Ghana (Ayamfuri in the Central Region) and compelled them to engage in prostitution to defray the cost of GHC22,000 they owed her.

Iforma’s accomplice Regina Okafor, a 23-year-old dressmaker, was also given five years for charges of criminal abortion and failure to inform the authority about trafficking.

The court, presided over by Mrs Christiana Cann, sentenced James Jesugbami, a 34-year-old Storekeeper, another accomplice to three months imprisonment and a fine of GHC500.

He will serve three months jail term if he fails to pay the fine for failure to register with the nearest Immigration office and failure to inform the authority about trafficking.

Princess Emmanuel, also an accomplice, was ordered by the court to pay a fine of GHC500 on the charge of failure to register with the nearest Immigration office in Ghana.

On the charge of failure to inform the authority about trafficking, Princess would serve three months imprisonment.

Chief Inspector Asantewaa said the victims and all the accused persons were Nigerians residing in Ghana. The prosecution said Iforma was a hairdresser and head of Nigerian prostitutes in Ayamfuri.

The prosecution said Dobiem, one of the accomplices at large, was a driver, James Jesugbami, a storekeeper residing at Spintex in Accra, and the fourth accused person whose name was only given as Sharon, was an assistant to Iforma and they both resided at Ayamfuri in the Central Region. 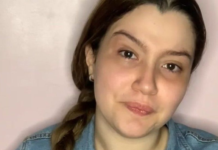 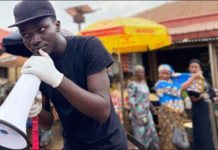