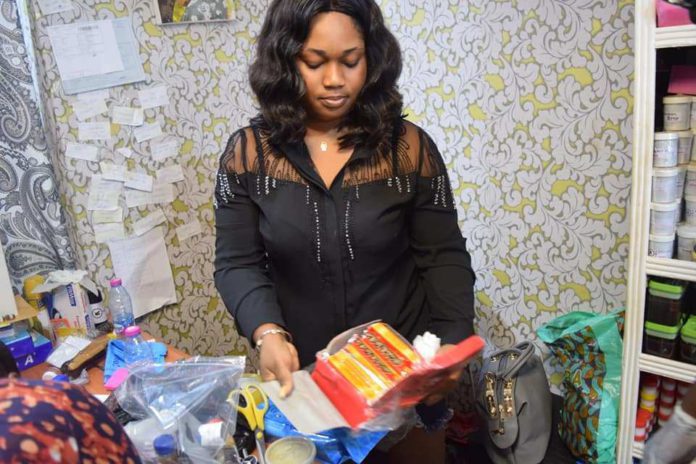 Nana Abena Hertie, the Ghanaian lady who was exposed as one of the major customers of ‘Mama Gee’, has spoken for the first time.

Nana Abena Hertie has taken a swipe at all her critics who have accused her of using ‘juju’ (black magic) to charm men.

According to the young lady, the video which went viral in which she was seen buying from ‘Mama Gee’ is an old video that was taken when she visited ‘Mama Gee’s’ shop.

She warned people to stop judging her because they do not know what others are doing behind closed doors.

Madam Hertie was reacting to a post from someone who asked how she would feel when she comes online and sees her video trending.

Already Ghanaian female celebrities, who have used ‘Mama Gee’s’ herbal charms and even advertised for them, have been exposed.

Akuapem Poloo, AJ Pounds, Maame Serwaa and many others have been captured on video praising ‘Mama Gee’s’ charms that makes men mumu (senseless).