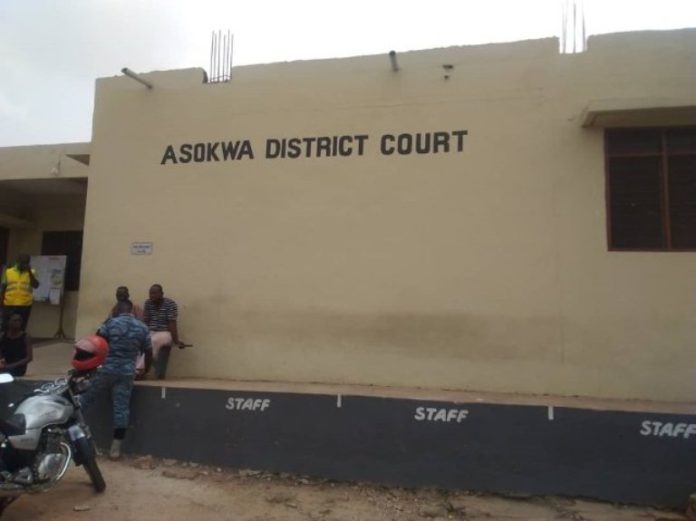 The prime suspect in a shooting incident at a hotel in Kumasi that led to the death of a restaurant operator will make his maiden appearance in court on Friday.

Edwin Awuku, 42, said to be a Driver for the Bank of Ghana, will appear before the Asokwa District Court in Ashanti Region for the first time since his arrest on January 1, 2020.

The suspect is said to have shot Comfort Owusu Afriyie, 46 at close range in the chest a few hours after the two checked into the Cedar Crescent Hotel at Danyame on New Year’s Day.

Wife of Mr Awuku, Belinda Awuku, is also a subject of police investigations after she allegedly collaborated with the husband to cover up the crime.

Police say she is being investigated for her role in the shooting incident that also caused the prime suspect to sustain injuries on his hands.

Deputy Regional Commander of Police, ACP David Agyemang Adjem, who has confirmed the arrest of Mrs Awuku has said her charge would not be the same as that of the husband.

“Yes the wife is also being investigated although she came in after the shooting,” he said.

Even before hearing at the Asokwa court began, the family of the deceased, led by the mother, trooped to the venue and were seated in the courtroom to monitor proceedings.

Mother of the deceased, who was clad in black cloth said she is looking for an opportunity to shake hands with the suspect and commend him for the sorrow and pain he has brought to her family.

According to her, the killing of Maame Yaa, a breadwinner for the family, has brought grief to the entire family.