Kuami Eugene and Nsoromma Season 1 star Ashley Chuks took the stage by storm and gave back-to-back performances of hit songs at the launch of Adom TV’s Nsoromma Season 2 at the West Hills Mall.

The cheer from the crowd depicted the love they have for the Rockstar.

Ashley Chuks has performed many times with Kuami Eugene but this was exceptional by the way he allowed her to open up the performance before joining her later to kill the show. 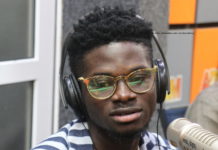 I have listeners not a fan base – Kuami Eugene 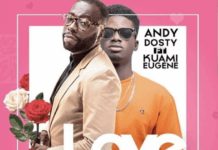 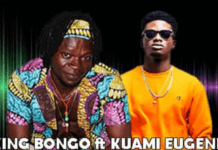