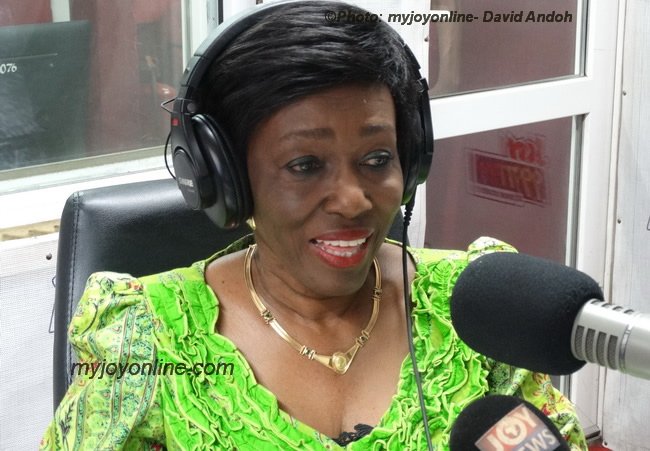 My political journey is not borne out of crave for personal recognition or gain but chartered by a compelling sense of service to humanity, Nana Konadu Agyeman Rawlings, National Democratic Party (NDP) flagbearer, said on Saturday.

She said the NDP was only interested in giving people at the grassroots the opportunity to contribute towards policy making and national development, as that was the only way to give real meaning to multiparty democracy.

The former First Lady said this at the Party’s third National Delegates Conference in Accra.

She received overwhelming endorsement from the delegates as the NDP Flagbearer for the 2020 Presidential Election and was subsequently acknowledged by the Electoral Commission.

The conference was on the theme: “Shared Leadership for National Transformation, Human Empowerment, and Anti-Corruption.”

Nana Konadu said governance should reflect the collective views of every citizen and to make this possible, her party was going to work hard to have representation in Parliament in the general election.

That, she said, was because Parliament was the most crucial empowerment embodiment of the Republic, where each member was accountable to the people and mandated to let the interest of their constituents reflect on the national agenda.

Nana Konadu said Ghana’s politics had long seen the habit of politicising policies to creating fake stories just to win political power adding that it was time to move away from that habit.

“The upcoming general election is really not about me or my individuality but about our nation and our future. We should try to refocus our lenses as a people on long term national development visions,” she said.

“We must have the ability to have a collective vision born out of our varied experiences, skills set and unique characteristics to propel the best, bright and most patriotic citizens to advance a nonpartisan agenda for a continuous development.”

“I know that you are giving me this trust to lead our party and nation into an age beyond the two-party system. Together, we the NDP will lead the country into an era of economic advancement tailored to our specific strengths and needs.”

Former President Jerry John Rawlings, in a speech read on his behalf, said the political, social and developmental challenges of the country could best be managed if there was a combined effort to formulate realistic policies that could be pursued to a logical conclusion.

“Political pluralism has breathed a dangerous air of division into our socio-political development, which threatens to derail all we have worked hard as a people to achieve,” he said.

He expressed the hope that the endorsement of the NDP leadership would add value to the national political discourse and enrich political development.

It also out-doored members of its Steering Committees: Standing Orders, Elections, Welfare, and Research and Monitoring.

The Executive and Committee members were sworn-in to lead the NDP to victory and preserve, protect and defend Ghana and the Party’s constitutions at all times.

The NDP was founded in October 2012 by Nana Konadu Agyeman Rawlings, wife of former President Rawlings, and formerly a high ranking member of the National Democratic Congress (NDC).

She is the Founder of the 31st December Women’s Movement, a Non-Governmental Organisation, which mobilises and empowers women, especially the vulnerable, to be part of a participatory democratic system.