Lecturers at the Kwame Nkrumah University of Science and Technology have declared an indefinite strike over the government’s dissolution of the school’s governing council.

They have voted to disregard the interim council and want the initial Council to be restored immediately.

KNUST has been closed down following a demonstration by students over, among other things, the conversion of male halls to mixed halls which led to the destruction of properties.

The government, in a response, dissolved the school’s Governing Council and formed an interim one to investigate what led to the protest and provide solutions in three months.

Also, the new council will determine the fate of the Vice Chancellor, Prof Kwasi Obiri Danso. 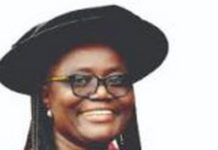