After recently revealing her growing desire to have a third child, Kim Kardashian is apparently on the verge of giving up on becoming pregnant again and is searching for a surrogate.

On Sunday, April 2, night’s episode of ‘Keeping Up With the Kardashians’, the 36-year-old mother of two was reflective about how far she’s come with her husband Kanye West and her children, three year old North and one year old Saint.

“I’d just love nothing more than to expand my family and just know that I have this world at home that’s safe,” Kim said during the episode.

“If for some reason I left this earth sooner than I really wanted to, then my kids would have a support system at home so that I know that they would be OK if I wasn’t here.”

Discussion also turned to the possibility of a third child, even though doctors advised her during her last pregnancy that to do so again would pose an extreme risk to her health.

She recently underwent a surgical procedure to strengthen her chances of avoiding the same complications that plagued her two pregnancies so far.

“I’m not sure it’s worth it,” Kris Jenner tells the camera in a cut-away. “I’d very much like Kim to have another baby. But I’m worried about Kim having another baby.”

“Having more kids is definitely going to be a struggle,” Kim explained later to her sisters.

“I’ve gone through so much with really bad deliveries that the doctors don’t feel like it’s safe for me to conceive again myself. This surgery is really the one last thing I can try. I want my kids to have siblings and I want to know that I did everything I could to make this happen,” she said.

“I can’t carry any more kids… it’s the worst,” she told her best friend Jonathan Cheban later on in the episode, revealing that her surgical procedure had ran into complications. “It’s not going to be happy for me… I had a full break down… I give up.” 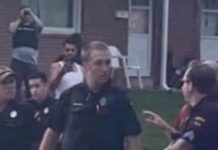